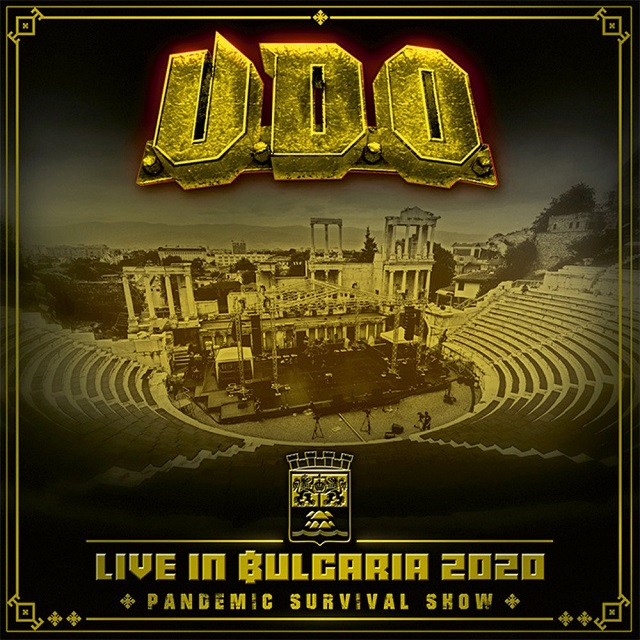 DVD/double CD recorded outdoors, among the pandemic, September 18, using an unique ancient Roman ruin, as a backdrop. True, Herr Dirkschneider has issued a TON of live product of late, both Accept oriented, as well as from his own outfit. That said, the 25 tunes offered herein DO contain a requisite number of classics from his former employer (Hell, he already recorded several Accept DEEP cuts over the last few years), but also "new" U.D.O. offerings, including the opening 1-2 salvo of Steelfactory material, with "Tongue Reaper" kicking off the night.

Fans are seated in a semi-circle, stone amphitheater, enjoying an enlivened Udo: "Welcome to the one and only show of the year," he deadpans, early on. The multi-camera shoot (including a couple of overhead cranes) captures the 2.5 hour set, with close-ups and plenty of lens time for guitarist Andrey Smirnov and the singer's son, Sven, on drums and swivel mic, for backing vocals. Not sure how the Bulgarian crowd felt about the Russian melodies in "Wrong Side Of Midnight". The rotund, camouflaged frontman remains fairly stationary throughout, allowing the younger guns to crisscross the stage, offer synchronized stage moves and mug for the camera(s). Aqua lit "Metal Machine" sees the two guitars trade dual leads, center stage.

"Do you want to sing with me," the headmaster asks. Assumed an Accept chestnut would follow, or perhaps a well-known U.D.O. choice, but no: "Independence Day" off Solid. Not exactly a household world, although Smirnov toys with Udo throughout the yellow/chartreuse illuminated selection, singing the titular chorus directly into the Little General's fingerless glove held mic. When it finishes, the stage goes black and as the band leaves, a chat of "U.D.O. U.D.O" erupts from the appreciative crowd. When the rust colored lights return, Smirinov is alone, center stage, for a quick solo spot. 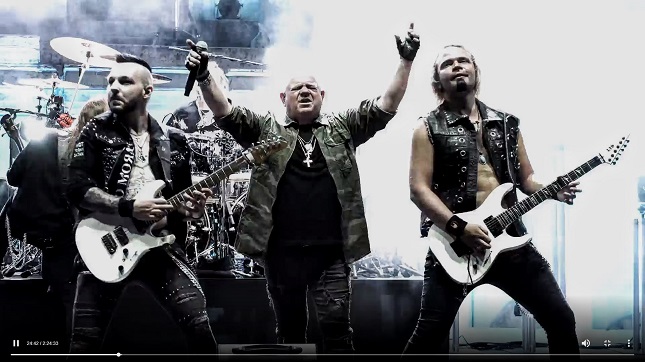 The second half hour commences with a clapping Dirkschneider reappearing for the mid-tempo stomp of "Rose In The Desert". Speaking of staccato rhythms, Sven flips drum sticks to the marching beat of "Vendetta". It breaks into speedy "Rising High", where gang backing vocals abound and the six-string tandem, squares off against one another, under the pulsation of strobes and fluorescent greens. Following a bit of solo, classical noodling ("Prologue The Great Unknown"), it's on to "In The Darkness". Give the crowd props, they were on it, from the opening bars. Lavender bathed stage for "I Give As Good As I Get" ballad; rounding out the first hour.

Want to talk about a sing-along? Audience mimics the guitar notes to open "Princess Of The Dawn", triumphantly adding their collective voice each time the title reappears in the lyrics. By this time, much of the (older) crowd is on their feet, jumping or swaying to the bouncy guitar, and screaming "whoa whoa" at the top of their lungs (even when the band ceases playing, standing there, in appreciation, listening to the chants)! Always loved the Timebomb album (especially coming out in '91, after the disappointing Faceless World, as traditional metal had begun to disappear), but still a surprise to hear the title track. It's followed by some time wasting, successive drum and bass solos (given the group is onstage for 150 minutes, such pointless indulgences are OK). "Hungry And Angry" gets back to real music.

The 4/5 pole begins with "One Heart, One Soul" and (ahem) one has to wonder how this setlist came together (all the "rarities") and would U.D.O. have dared play it anywhere besides Bulgaria (admittedly not a heavy metal touring Mecca)? Thus endeth the proper set, but fear not, there's an almost 50 minute encore left (longer than some bands "headline"). The fans chant, they wait and eventually, the boys are back. Looking like a b&w video, what with their dark stage clothes and drowned in white spotlights, it's "Man And Machine", complete with pre-recorded intro. Hard to believe "Animal House" is still in the set, being the album he toured the USA in support of Guns N’ Roses and Zodiac Mindwarp (really!), back at the end of the ‘80s. Band in the dark, the ruins backlit in green as a recorded child's voice sings the chorus to "They Want War", up next. Another false ending, as anyone who’s seen the man, knows what's left. 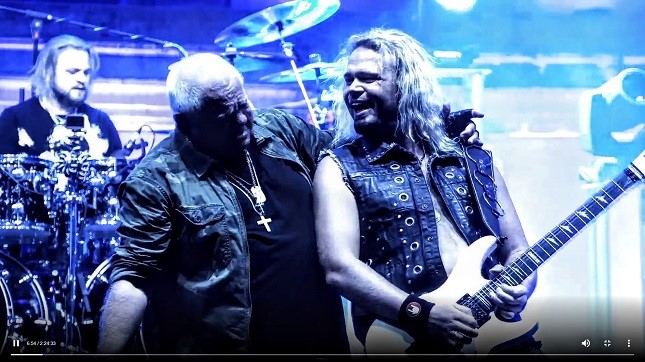 The concluding 25 minutes are dedicated to three of the biggest (aren't they THE biggest? Purists would want "Restless & Wild" included in there, somewhere) Accept songs: "Metal Heart", "Fast As A Shark" and "Balls To The Wall" finale. Pre-recorded intro sees the band stroll back onstage, as a few cymbal crashes from Sven sends “Metal Heart" a beatin'. During the song, everyone leaves the stage to Smirinov, who travels to the second tier of the ruins and offers another solo, which includes Bach's "Toccata and Fugue in D Minor". Eventually he returns to the floor level and rejoins his (re-emerging) bandmates, for the “ Metal Heart” reprise, as the audience sings the guitar parts. Udo lulls the crowd into complacency, with a call and response exercise, prior to unleashing the opening scream of "Fast As A Shark". Sure, it's not as vicious as the original, but that pummeling opening rhythm never fails to satisfy. One of the great metal songs of all time! Therefore, "Balls" (even a 10+ minute version) feels anticlimactic to all but the MTV/video era fans who initially discovered the band via the medium/tune, and who sing-along, through its entirety.