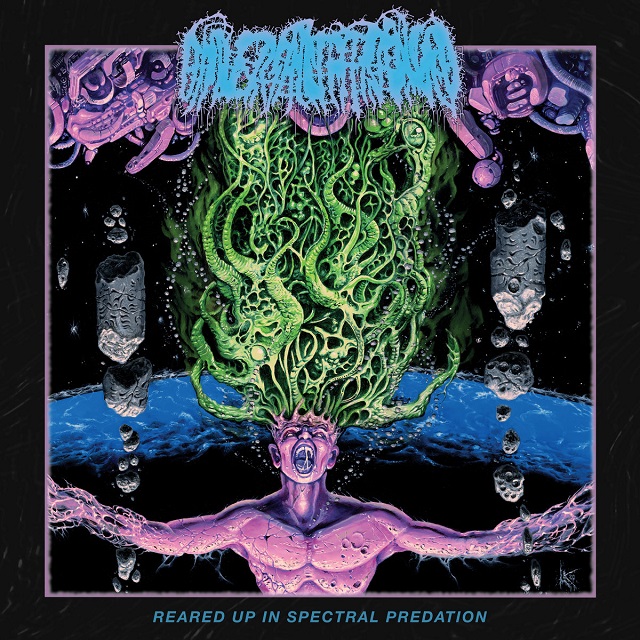 I suppose we all knew an influx of cosmic death metal would follow in Blood Incantation's footsteps, but if the stuff is of the quality that Universally Estranged lay down here on their debut, fine by me. This Houston, Texas-based band, who I know very little about (promo pic seems to show just one person, but... no way), manages to create death metal from both outer space and in the caves, with songs like the massive “Despoiling Souls Of Flesh Across The Galaxy” going to both, then hitting both sounds at the exact same time, as that song does at its climax.

Impressive stuff, and it continues throughout this wisely short 32-minute album, tracks like “The Visitor” gettin' weird in all the best ways, but this isn't tech-death as that genre has come to be in 2021; “A Thing, Oozing In” is a brilliant title and a pretty brilliant piece of blasting, lasting a mere 2:20, although it manages to pack a lot in that time. And that's this band's strength, doing in half an hour what others take an hour to do, and never getting tiring, never draining, always invigorating. “Internecine Psychic Bloodletting” is sci-fi tech-death without being overbearing, and it gets the foot tapping at a maniacal pace; “Blistered Under The Blue Illusion” closes the album off mightily, a solid piece of forward-thinking DM that shows this band is one to be taken seriously.