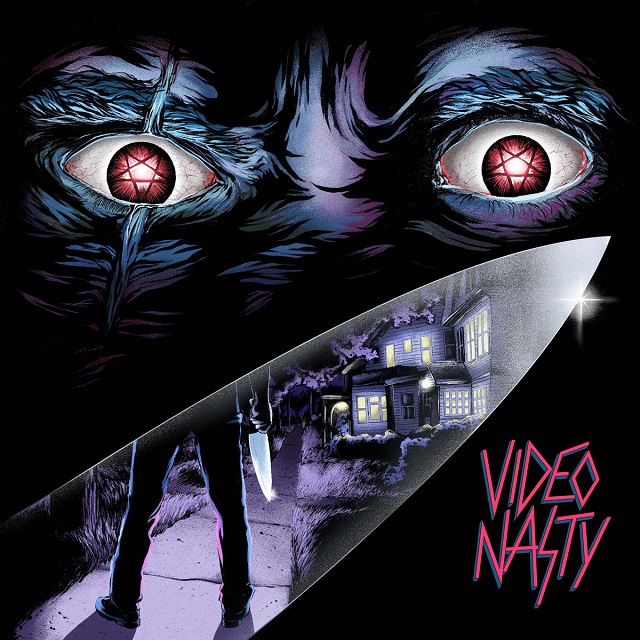 As we all know, heavy metal and horror movies are a great combo, a fact not lost on Jordan Schritt. The man is so into both he wanted to start up a band laying down manic thrash with a horror-flick theme, so that's what the Calgary/Vancouver-based Video Nasty do here on their debut EP.

The band delivers sturdy thrash/death on the opening title track, while the considerably more unhinged “Nightmare Beach” blasts and grinds, and delivers a powerful forward momentum. “Black Christmas” has great guitar/drum interplay and some memorable songwriting to its almost Germanic thrash march. Some songs, like “Pieces”, get a bit too sports-bar metal for me, the grooves and vocal hooks flirting with death and thrash, sure, but also would feel just fine during a double bill with the local Pantera cover band. And I love Pantera, but I don't love Pantera cover bands.

The production on this EP feels a bit too clinical in that modern-Annihilator sort of way; given the band's style and theme, getting more raw and ugly in this department could only be a good thing. However, the cover of Sepultura's “Antichrist” ends things on a positive note, the vibe once again pure, fun evil, the riffs blinding. If Video Nasty can harness more of that sound in their originals, with a, well, nastier production sound next time, it'll be a step in the right direction, but this fun EP ain't a bad way to get a career in metal and horror started.