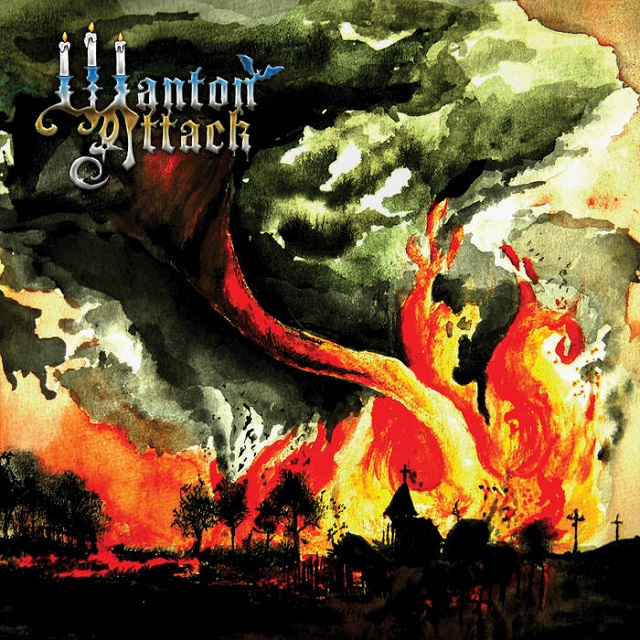 Sadly, the Swedes' excellent eponymous debut comes with one of the worst album covers in recent history: definitely a throwback to some of the horrendous artwork of the early ‘80s, ugh! Musically, there's a heavy influence of Mercyful Fate (minus any falsetto vocals), as well as the like-minded hero worship on early Portrait platters.

A meandering acoustic guitar and muffled vocals greet "Demonic Forces Prevail", before it quickly alters course, becoming a speedy number, the most aggressive of the seven offerings. It is the twisting, twin guitar interplay that solidifies the Mercyful comparison. Just listen to the opening of their riffing signature tune. Elsewhere, it's wildly diving runs and atmospheric playing. Locking into a rollicking mid-tempo swing, "The Beast Will Be Tamed", while not remarkable, does showcase some cool guitar. Meanwhile, chugging "His Master's Voice" jumps into the aggro end of the pool, right from the start, and never let’s up. Gritty, dirty sounding six-strings grace "Fatal Technology", easily the most infectious cut: built on a bouncy, recurrent melody. "Crystal Ball" sort of sews all the aforementioned elements together, in a glorious tapestry: lone eerie acoustic guitar and chimes suddenly explode in a scream, atop speedy, dirty guitar tones. At a mere 3:11, it's the most urgent inclusion, as well. The pick of the litter, hands down!

The disc really should end there, but for some reason, there's the "Arrogant Humanity" finale, which (for the first time) includes prominent, plodding (‘80s synth) keyboards, in some bizarre, instrumental soundtrack segment that eventually utilizes guitar, but not in a rock, let alone metallic, manner. Not sure why this stylistic outlier was tacked on, especially as a follow-up to its stellar predecessor. Overall, a minor misstep that can't detract from the greatness inherent on the initial six-pack. Crack it open, and indulge!