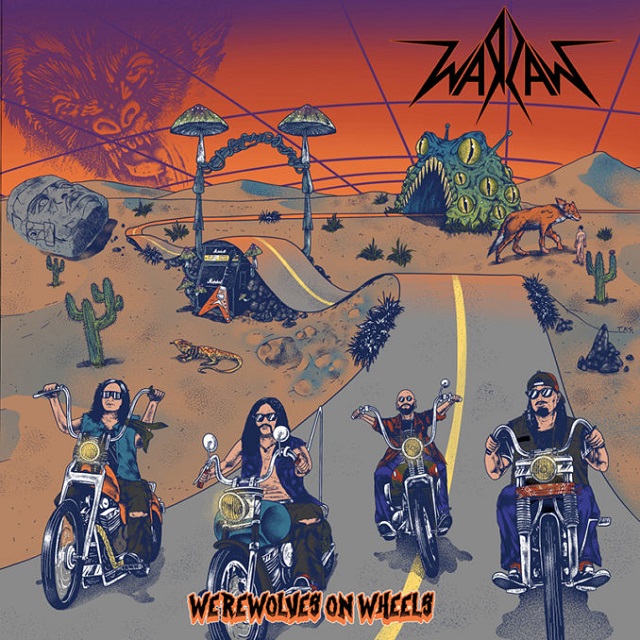 Debut from Trondheim based ruffians. While there's a lack of definitive style, the eleven tracks can all be slotted under the traditional metal umbrella, be they punky speedsters or more belabored. Unusual, coming from Norway, a bastion of harder sub-genres, but indicative of the pervasive influence of "heavy metal' around the globe. Cartoon cover art depicts the quartet as long haired motorcycle enthusiasts and as with Motörhead, probably meet the requirements for fandom by the same.

There's a tongue-in-cheek sense of humor running through the album. Witness video/single "Second Banana". "Adieu" and aptly entitled "Swamplands" are examples of a more grooving, stoner rock sound. Rollicking "Dragging Knuckles" is the champ of this bout: gritty guitar riffs and skyward fist inducing "Valhalla" chorus. "Burner" is another metalhead winner, while "Midas Touch" opts for a softer, subtle touch. Another step left of center is "Mind Eraser", adopting a more modern/mechanized (metalcore?) approach. Thankfully, it's an anomaly, not the rule. Disc closes with airy, almost Sunset Strip influenced "Switchblade Renegade". In the days of vinyl/label deals, Warzaw's competency probably would never have been rewarded with a record contract, as they lack a sensationalism or marketing angle, but now, in the digital world, are free to compete with the Big Boys.