WATAIN – The Agony & Ecstasy Of Watain 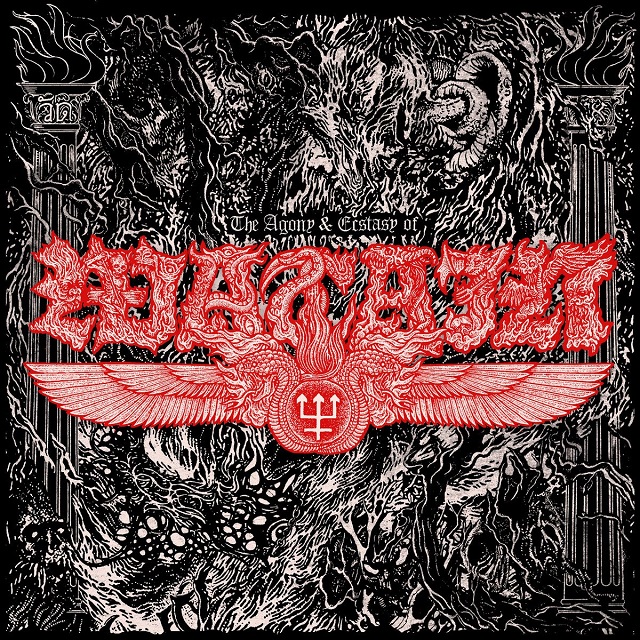 The Agony & Ecstasy Of Watain – the moniker could be seen as pretentious, but unbridled confidence is exactly what the Swedes needed to once again establish themselves as a premier black metal band. With heaps of praise and endless hype sent their way, Erik Danielsson and his legion of rebels have found inspiration with tight songwriting, enchanting melodies, and fiery aggression.

The Agony & Ecstasy could be seen as a way of how Watain meticulously melds the dark, blackened melodies with searing guitars as evidenced by “The Howling” and the chilling “Serimosa” – a truly outstanding effort of haunting instrumentation with a gripping guitar melody that showcases the skills of drummer E. Forcas (his first studio performance with Watain).

Painting landscapes of doomsday, spiritual cleansing, and reflection, the brooding “We Remain” (featuring The Devil’s Blood’s Farida Lemouchi as guest vocalist) is a philosophical hymn with a subtle rhythm and pointed drum hits to accentuate the vocals. On the other side of the spectrum, “Black Cunt” holds stunning, evil, apocalyptic riff work that gives way to the thundering, frenzied bass and guitar of “Leper’s Grace”.

At ten tracks, it’s a fully developed album at 49 minutes which shows just how far the songwriting has come. “Not Sun Nor Man Nor God” is a short, ritualistic instrumental while “Before The Cataclysm” exceeds 7 minutes as mid-paced ride into Armageddon.

While “Funeral Winter” is a bit too standard and mostly forgettable, but closer “Septentrion” hits breathtaking notes that wields a violent triumph that capitalizes on the “Ecstasy” of the album title. Their best effort since Lawless Darkness – Watain proves they are still a creative force and worthy of attention.