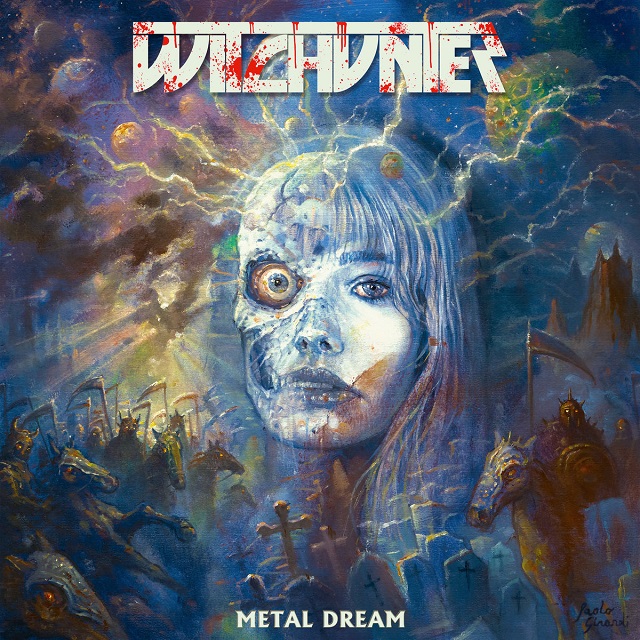 Named after the original Sodom drummer, the third offering from the Italian outfit resides in a more tuneful take on speed metal, in fact, most closely aligned with traditional values. Just listen to the twin leads in the title track, the first proper track (following short "Pre(Hell)ude" intro). A bit of a twisted take (by today's standards) on the NWOBHM sound.

"Restless" throws the proverbial kitchen sink into the song writing: slow boiling preludes catapults to spirited Iron Maiden inspired gallop, but then there's a brief/wayward, spacey keyboard interlude, before the tempo quickens, even more than before. The accented English vocals are bit of an acquired taste, often double tracked and somewhere between a high pitched shriek and a howl (see "Black Horror"). "Rolling Queen" positively races, start-to-finish, singer barely able to enunciate fast enough! Don't think Witchunter do ballads, but the initial third of "Crimson Skies" is quite serene, before it take off to wilder pastures, but never loses its sense of melody. Infectious "Legion" gets the head bobbing, but 4:38 synth/Hammond organ infused instrumental "Space Ritual" seems out of step with its neighbors. The disc ends with mid-paced, vintage sounding 4/4 "Hold Back The Flame", with a wayward bass solo, midway through.

Adequate, if unspectacular. Need a little stronger songwriting and something to distinguish themselves within a suddenly overcrowded field.