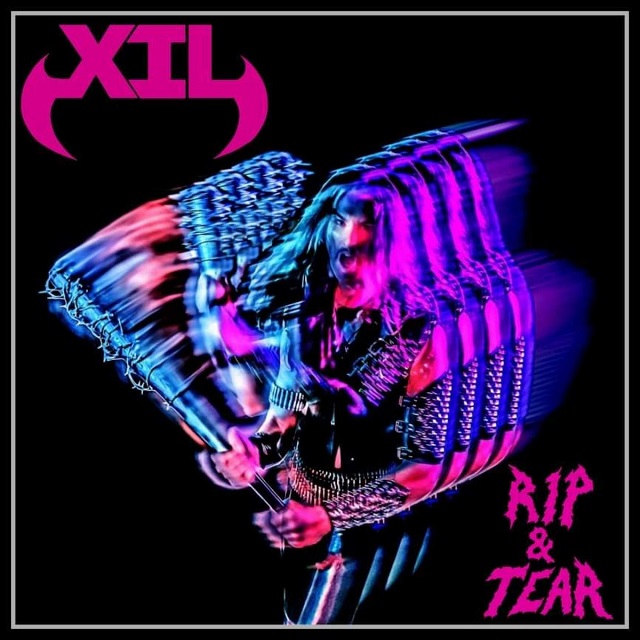 Texas-based duo XIL certainly lay down an excellent opening statement of intent here with the instrumental title track, a lean and mean speed metal thrasher that is as fun as it is vicious, echoing that cover art perfectly. It's a great way to kick off their debut full-length, and it's followed up with “Speedemons”, which nods to Lemmy then heads hard to underground late-'80s speed and thrash, which is generally a ticket for success.

And success XIL has found with this track, memorable, anthemic, absurdly fast and Razor-sharp, and, again, fun. That's important, and it gets lost on lots of thrash bands who end up writing songs that are too long and too dour, concepts XIL are blissfully unaware of as they rage through punk speedster “Learn To Bleed”. But something odd happens around the album's midpoint, where songs suddenly become six minutes long, then “Moonlight Mass” is over 10 minutes. Damnit, XIL, what was I saying just a few sentences back? However, I must admit, despite those lengths seriously pushing it, by this point in the record you're just kinda being assaulted by relentless speed anyway, so, two three-minute songs, one six-minute song, it's kinda either way. However, “Moonlight Mass” earns its length, as it needs to, things starting off slow and sludgey and atmospheric, with some good riffing backing it up, the production all clashing and clanging, and the melodies that suddenly drop in there working, too. The song flows right into sleaze-speed closer “Equinox”, which is cool but means it sort of sounds like one 15-minute song.

So, a bit exhausting even if taken moment by moment I really, really like what XIL lay down; while the ambition sort of adds a thoughtful or even conceptual touch to this cool album, I'd kinda like the next one to just be 10 three-minute racers.