ZEALOT R.I.P. - The Extinction Of You 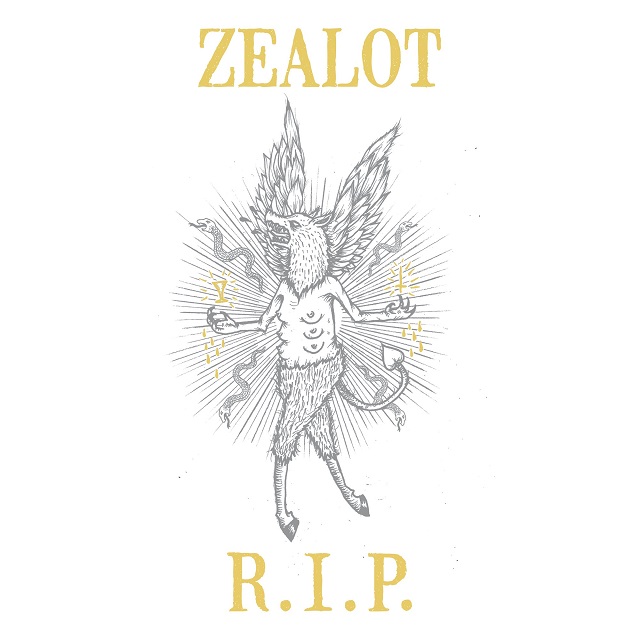 The names Frodus or Combatwoundedveteran might not mean a lot to many BraveWords readers, but the name Darkest Hour might, so let's start there: Zealot R.I.P. feature that band's Mike Schleibaum as well as probably the biggest draw of the bunch, Pig Destroyer's Blake Harrison.

So, we've got some heavy hitters here, and the end result is as great as I could have imagined, the band laying down seven songs of ultra-noisy metallic hardcore that is far more on the hardcore side than the metallic side of things. Think Converge's more straight-ahead and feedback/noise-drenched hardcore songs, but with a bit more breathing room in the riffs. But what's this? Second song “Worship The Serpent” is almost noise rock, with an added layer of, uh, noise (but, different noise), and what a satisfying sound it is. “Personality Conflict”'s apex riff made me bang my head like a 15-year-old me, which is high praise; “Red Queen Phenomenon” locks in to an excellent punk groove; closer “Covered In Flies” brings back the noise-rock groove for a huge statement with plenty of air making the hard hitting that much more powerful, although the “ending in noise and chaos” routine is getting a bit played out (but, I must admit, when they bring back the noise rock here to end the song off it totally rules).

The overarching vibe here is more punk rock than anything, but it's fast, it's frantic, it's got enough off-the-charts energy for the longhairs to grab on to while keeping the brains and edge of the best of hardcore punk. No surprise to see this released on the very cool Three One G, the label fast becoming a smart person's go-to for smart, subversive, and chaotic forms of extremity.