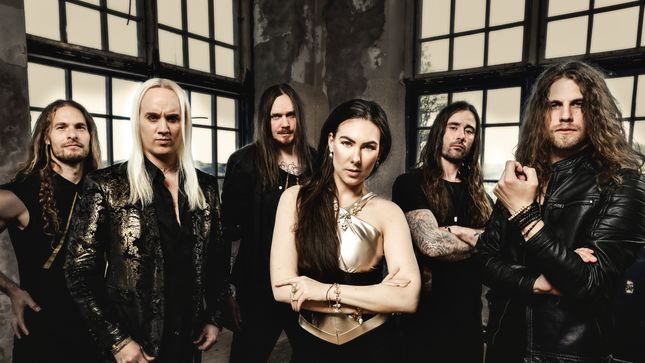 Swedish not-so-pop metal sextet Amaranthe have released their sixth album, Manifest, and it's safe to say this is the record the fans wanted and the band needed to make. Their previous album from 2018, Helix, kept the Amaranthe name alive and in the public eye through extensive touring, but it definitely wasn't delivered with the enthusiasm that, at its core, makes Manifest the band's strongest record since their second outing, The Nexus. Even before the album was recorded, Amaranthe kicked off the year with two non-album singles - a cover of Sabaton's "82nd All The Way, and "Do Or Die" - and haven't stopped to take a breath since. In between recording sessions, social media updates and appearances, and an international press junket - as much as could be accomplished during a global pandemic - the band managed to shoot four big budget videos and unleashed them between June and October to highlight the release of Manifest. And the singles chosen weren't exactly predictable, particularly in case of over-the-top track "Archangel". To say Amaranthe have recaptured the fire that made them stand out amongst the rabble at the beginning of their career almost 10 years ago is an understatement.

BraveWords: You had a rocky start to the making of Manifest, as in COVID-19 almost stopped the production in its tracks.

Olof: "We were supposed to leave for the studio in Denmark (Hansen Studios in Ribe) on a Sunday, and we were setting up on the Friday before to write some music when our drummer Morten (Løwe Sørensen) told us we had to get across the border before 12:00 PM the next day. So we had to take the train at 6:00 AM to get across the border on time, and we were taking a lot of stuff with us for staying two-and-a-half months not knowing if they would even let us in. That was more adventure than we wanted (laughs)."

BraveWords: How much of the album was done remotely, or were you able to get the other band members to the studio?

Olof: "Me and Elize were in the studio for the entire time, the other guys came in and out as we needed them. In a usual situation they show up to record their parts and then maybe stick around to listen to the mix, but Elize and myself are basically the executive producers on the album. Our bassist (Johan Andreassen) had to record his parts at home in Helsinki, and for the longest time we didn't know if (vocalists) Nils (Molin) and Henrik (Englund Wilhelmsson) were going to be able to make it. We had to get some authorized papers for them to cross the border, and at the end of the day we were very happy that we didn't have to work remotely because that's what we were discussing at the time. There is software that we were using to record the album so we could have done it remotely, but for something as sensitive as vocal recordings you want to be together and discuss things about the songs, you want to see the person when he or she records."

BraveWords: Speaking of singers, this is your second album with Nils (replacing Jake E. in 2017). He's still in the band so things have obviously worked out, but how was it integrating him into the band? Replacing a founding vocalist can be a shitshow.

Olof: "I think things are above our initial expectations. We always knew Nils was a great singer, but you never know about the band chemistry, and when you come into a tight knit family like Amaranthe is it's going to be difficult to have that instant fit. But, from quite early on Nils got along with everyone. Fast forward a couple years and he's not only a great band member but also a really good friend, and that's essentially what you're looking for in a band. We've toured together, we've spent vacations together, so we really are like a family."

BraveWords: The surprise release of the "Do Or Die" video in February; how did the idea to write the song and shoot the video come about? It featured only the three of you, and Angela was a real guest singer rather than just contributing throwaway backing tracks.

Angela: "That's a good question; I think it was my idea. I picked up Amaranthe at the end of 2018 and we discussed how we could break through this... every band gets into a routine with their albums after a while; the look, the image, and I felt they were a little bit stuck. A little bit too pretty, a little too predictable, and we felt the edge was missing. I wanted to get the edge back and thought it would be a good idea to do something completely out of the ordinary. Now that I'm out of the actual band life I've become a cult (laughs). I'm old school and one of the first women to do the growling vocals in metal, and Amaranthe is a new school band mixing and matching lots of different styles. 'Do Or Die' offers a different angle of the band and gives them a credibility people missed up to that point. There is some real metal credibility in there, and it's very easy to bring that out if you have a collaboration like that."

"I actually developed the idea for the video shoot in Spain before that. We travel a lot to Spain and it's very obvious that the beautiful landscape is deteriorating. There's so much trash, you can see the effects of climate change on the shoreline and by how the pinewoods are dying, and I always wanted to bring the message out that these things are happening. There's a lot of decay on our beautiful planet and if you look closely you can see it everywhere. I thought we could combine the idea of getting Amaranthe a fresh start and place them different in the metal world so people understand this is not a pop act. Amaranthe has a lot of different styles but they are a metal band at heart and do cater to metal fans. I think we did well with that. 'Do Or Die' gave Amaranthe a new direction and it's nice to have that because we can go anywhere with the new album."

"The video is like a cinematic wake-up call, I thought, in all kinds of ways. We wanted to make it high quality because I haven't been out there in a long time, so that was important to me as well as to the aesthetics of the band. The videos the band is doing now are different from the ones in the past as well; there's a lot more effort and attention to detail because it's very important what you do as an artist; especially now, when there are no live shows. The only visual access you have to bands is social media so I think it's super important right now." 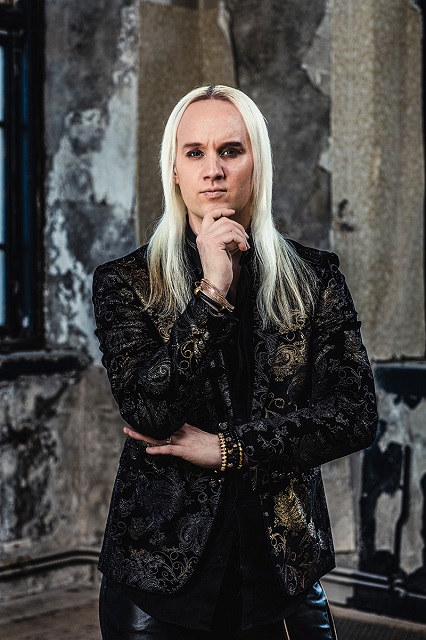 BraveWords: And how is it working with Angela given her experience in the industry as an artist?

Olof: "It's a nightmare (laughs). No... there have been a lot of changes for Amaranthe, not within the line-up but with the people outside the band working with us. Angela has been the spark that has made these changes happen and it has made a monumental difference for us. Amaranthe is a band that has been doing pretty decent on streams for quite some time, but we were feeling that the live shows - the people around the live shows like the crew, the production, and even the agents - were lagging behind from where they should have been.

Elize: "When Angela stepped in she started doing things the right way and the changes happened very quickly. We're very grateful for that... and we have to say that since she's sitting next to us (laughs). It's actually been fantastic from the professional and the personal side. I would say working with Angela is one of the best things that could have happened to the band."

BraveWords: New management, a new singer, a revitalized energy within the band.... how did that affect the way you went about writing and recording Manifest?

Olof: "The practical way we went about making Manifest was essentially exactly the same as the last album (Helix), but mentally every album is a manifestation of who we are as people both creatively and personally at the time you're writing and recording. In that sense, things were very different for us this time. Making the Helix album we were still in the process of finding ourselves because we had a line-up change and there were some rough times in between. We were standing on shaky ground a bit, and Helix became the foundation that we could stand upon later. With Manifest we're building something strong on that foundation." 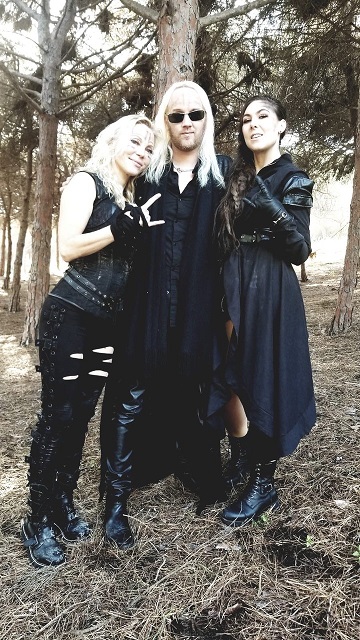 BraveWords: Just a personal observation, but Manifest seems to have a similar vibe to The Nexus. Going back to what Angela said about the band being stuck in a rut before she came on board, you throw a few impressive curves, and even the predictable trademark Amaranthe moments on Manifest sound fresh.

Elize: "When we wrote The Nexus we were looking forward to the future and had high hope because the first record was received very well. I think we found ourselves again, like we did on The Nexus, with Manifest. I think that could be something that links the two albums with regards to the feeling you get from the new album. Also, after The Nexus album we tuned things a little higher, and we brought things back for Manifest to make the sound a bit heavier again."

Olof: "The Nexus is more guitar oriented and a bit heavier than the albums that came after it, so there is definitely some kind of similarity there. There was a lot of optimism after the first album, and it was also the first time we felt any real pressure. We wrote the first album in over two-and-a-half years, and The Nexus was written in less than six months. We found that's the way we like to compose, with that time pressure, and I think we had the same kind of optimistic pressure that you put on yourself when we wrote Manifest."

Elize: "We want to explore different things, which is natural for an artist to want to do. We've been going in a lot of different directions and now we've ended up finding ourselves again."

Angela: "Every band has a defining moment or change in their career, and I feel this is the album for Amaranthe because they've really come together as a band. They have the line-up they need, and they have finally defined who they are where they want to go. It's like what the Doomsday Machine album was for Arch Enemy; if you have that kind of album it's easy to move forward."