“I was in good hands.” Nightwish singer Floor Jansen was at ease and energetic when discussing their new album Endless Forms Most Beautiful. The album has earned chart and critical success and the symphonic metal masters are enjoying a North American run with numerous sold out shows. It was an adjustment for Floor to be involved in an album where she did not have co-write opportunities, but she knew she had nothing to worry about with leader Tuomas Holopainen’s composition qualities. Jansen could not just take the songs and belt them out, as she needed to put her own spin on the words and make them come alive.

“My creative input was to translate a piano melody into a full vocal melody and to tell the story and get the different vocal types,” Jansen explains. “I didn’t feel like I was just singing, the creative input was needed to make it my own as well.”

Jansen also had no trouble with the lyrical content on the album and hasn’t faced any with the older songs. She explains that even though she might not literally understand what chief songwriter Holopainen meant when he wrote a certain song, it helps to apply personal experience.

“In order to really feel it and tell it to connect something of your own to it and that has been very easy for me to do,” she adds.

Nightwish has been known for softer side and delivering some pop flavored tunes. This was a big adjustment for the Dutch singer to make because she is used to bringing the heat with weighty vocals and dropping some growls from time to time to accompany heavy music. One of the more joyful, skipping through the meadow songs on Endless Forms Most Beautiful is “My Walden” and this was the most difficult for Jansen to grasp.

“I’m not used to more poppy and happy songs,” she explains. “‘My Walden’ for instance was something I really didn’t feel especially the chorus, it’s very happy. I was like ‘how do I do that?’”

Older songs “Nemo” and “Amaranth” were hard to grasp as well, but Jansen was ready for the challenge and tapped into her lighter side to nail these bubbly favourites. “Those were the songs that were harder for me to translate and I was glad for this tour that we really took time to rehearse the songs because I can hear how I sang it on the live DVD which is a great reference for myself, and I can say ‘ok I think I can do this better or this and that,’” she said.

What Jansen can get a hold of is the history of the band as it is evident that she has a great respect for it and she has a great excitement for an older Nightwish tale, “Stargazers”, making it into the setlist on their current run. Jansen however is totally opposed to the idea of possibly making an album of re-recorded songs.

Jansen bluntly states: “It’s great to have had that in the past and it’s great to do the songs live, but I’m much in the here and now and I think re-recording would not make the songs any better.”

Nightwish has always garnered and worn the tag “symphonic metal” without the “female-fronted” attached to it. Jansen has recently expressed her annoyance with this still being used today in describing heavy metal bands. Taking a trip in the time machine, it’s clear that the label made sense back in the 1980s when Doro Pesch was fronting Warlock and it was a novelty back then. Jansen doesn’t pull any punches when discussing this topic.

“We’ve been doing this for such a long time now, that it’s not necessary to point that specific thing about the band anymore. It’s ‘heavy metal’, it’s ‘progressive metal’, it’s ‘symphonic metal’, that’s how it should be. To call the whole genre, which is a non-existent one because of the diversity and styles would divide metal down into ‘male-fronted’ and ‘female-fronted’ which doesn’t work; it’s stupid and outdated.” 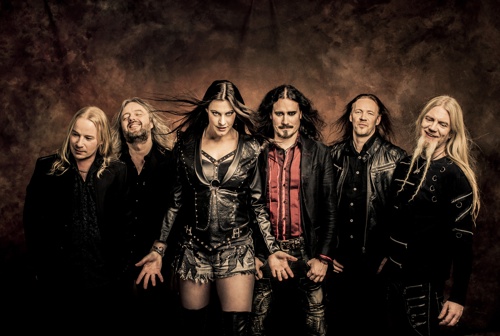 The female-fronted tag is not the only topic Jansen has strong feelings about. In this social media age where everyone has a voice; it seems in the music industry fans are more critical of artists rather than supportive and in a band such as Nightwish who garner many headlines and have a certain segment of fans that cherish the days with original vocalist Tarja Turunen; there are bound to be many comments that can be downright mean.

“Everyone is entitled to freedom of speech and the internet is a great platform for that,” Jansen states. “But people might need to think twice before they actually type something because a certain emotion that comes to mind might be very cruel that artists might actually read it and actually feel the words coming in. If you’re definitely that rude and cruel, that is not something I see in day-to-day situations where I meet people who are friendly. They don’t scream into your face that you’re a bitch, a whore, or your outfit is ugly, you’re too fat. If you have a big mouth in the safety of your own house then that maybe a little bit…well you know.”

With Jansen in a more demanding position and the way her world was changed since becoming the third Nightwish vocalist in 2013, her other band, her own band, ReVamp had to be put on the backburner after finishing a touring cycle for their second album, Wild Card, released in August 2013. Due to constantly working on being on the road for the past two years and recovering from a burnout just before she joined Nightwish, Jansen doesn’t see herself wanting to dart right back into the studio after the Endless Forms Most Beautiful tour wraps up. 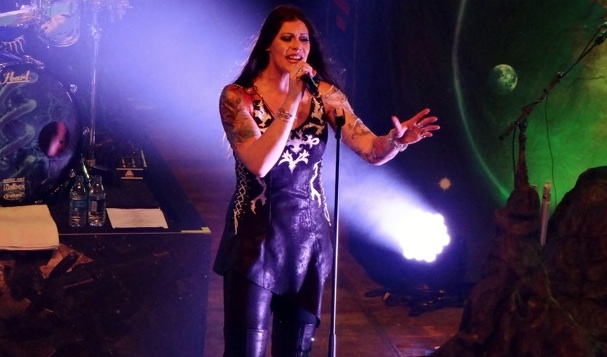 “I haven’t had a holiday, I’ve been working non-stop,” Jansen says. “I can’t imagine at the end of this world tour wanting to jump right back into the studio or a tour bus, but it could be that I do, I don’t really know.”

That however does not deter the fact that Jansen is pleased with her work in ReVamp, but right now the band is on hold with an uncertain future. “I’m super happy and proud with what we’ve done with these two albums and grateful for the support we got for it, but in all honesty I can’t say ‘yes’ or ‘no’.”

“I would hope for them to do something with their time and not sit around and wait for me, so I think in a couple years we’ll have to see how everyone is doing and feeling,” she closes.