In the interest of not boring the veteran Queensrÿche faithful to tears we'll skip rehashing the episodes of Tate Hate that led to the band splintering in 2012. If you’re a new fan all you need to know is vocalist Todd La Torre replaced original Queensrÿche singer Geoff Tate after 12 albums due to some brutal personal and creative differences, and both sides are better for the change. In Queensrÿche's case - featuring La Torre, original members Michael Wilton, Scott Rockenfield, Eddie Jackson, and Parker Lundgren - it meant returning to the signature sound of the band’s early years, which has given Queensrÿche a completely - and if we're being honest, unexpected - new lease on life. Sure, some fans have been loud in their disapproval of La Torre taking over Tate's post, but the live shows have succeeded in changing some narrow minds.

"It's a new energy, man, a rebirth of the band," says Wilton. "Like you said, it's a shame there are some people that are complaining, but it's just one show at a time and we're going to have to convince people that way. We've been doing that for the last two-and-a-half years and it's gotten to the point, at least in Europe and the UK, they know and remember who Queensrÿche is. We just have to prove ourselves to the rest of the world."


"We played a good variety of shows this summer; some key festivals, the main one being Wacken, which Queensrÿche has never performed at. It was great except for the mud (laughs). Being able to do our own shows and teaming up with Dream Theater again, it was amazing. It's been a long time since we toured with them and it was a rekindled friendship. James LaBrie was so positive with Todd, letting him know that he's just killing it, and John Petrucci wants us to do some shows together in the States next year. And then teaming up with Armored Saint and Death Angel in the UK, it was a great variety. The show in London was just amazing because both bands were there and the fans were just blown away."

"It's been almost three years with Todd and his confidence level is very strong. His voice is getting stronger from all the touring we're doing, and he's so comfortable with the old Queensryche songs it's unbelievable. He's grown as an individual and he's such a team player for Queensrÿche; the fans love him."

It's rare that a band floundering for almost 20 years (according to the hard-nosed diehard old school fans) gets a second chance, particularly when it involves signing on a vocalist that's expected to match the calibre of Geoff Tate in his prime.

"And the way it happened... oh my God," says Wilton. "I didn't know Todd at all. He bumped into me getting hors d'ouerves at a Seymour Duncan party (laughs). If I had blown him off I never would have met him. He thought I was Eric Peterson of Testament and he says 'Hey man, good show.' I looked at him as I'm putting shrimp on my plate and he goes 'Oh, I'm sorry, now I know who you are...' We talked and exchanged emails, but if it wasn't for that moment this never would have happened."

Compared to the band's new album, Condition Hüman, the self-titled record sounds as if Queensrÿche was testing the waters to see if the band’s chemistry as a live act translated to songwriting and the studio. It was a solid album in the vein of the commercially bent Empire ('90), thus putting the Rÿche back in people's good graces, but Condition Hüman is much more in tune with the band's cult classic '80s sound.

"I don't know if we were testing the waters," Wilton counters. "It was just a chaotic time. There was so much uncertainty in the air that it was a distraction. We didn't have management, we didn't have a record label, there was no promotion, so it was scary. The fact we even got that album recorded is amazing because we were so busy touring trying to prove ourselves. So hats off to Jim Barton (producer) for pulling us all together and pulling out a great record."

As stated, Condition Hüman's strength lies in its faithful return to the darkness, depth and occasionally twisted weirdness of The Warning ('84), Rage For Order ('86) and Operation: Mindcrime ('88) albums.

"You hit the nail on the head. Obviously, we wanted to bring back the way Queensrÿche always kind of evolved with each recording. We never want to carbon copy the previous recording, and it was great we were able to step up the lyrics and music for Condition Hüman. Queensrÿche was always known for thought provoking lyrics and we wanted to bring that back. I think we had something like 20 demos for the album and sent them to management and the record label, and they suggested Zeuss as a producer. He was a fan of the early Queensrÿche albums and he figured he knew what made those albums so special. He wanted to bring that back for us. He said we needed something that links people in the past to what we're doing now. There have been situations where we're meeting people on the road that stopped listening to us after Promised Land ('94), and they're hearing a buzz about Queensrÿche now. If they didn't know about Todd, they hear the guitars and they know
it's us." 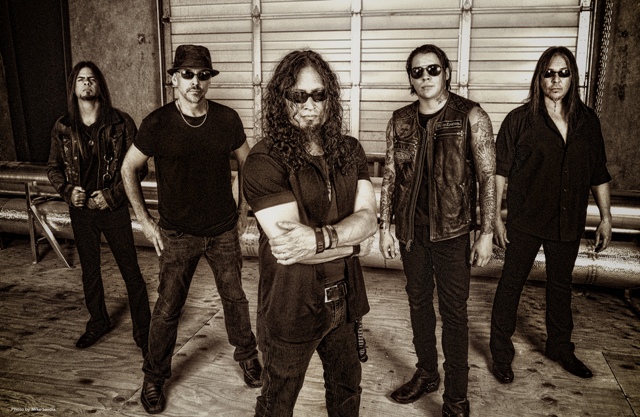 The self-titled album was a shock for many fans regardless of whether they'd been sold on La Torre from his concert performances. Some followers made peace with Queensrÿche's post-Empire direction and continue to support Geoff Tate's efforts as a solo artist and frontman of new band Operation: Mindcrime, but many more people were sceptical of Queensrÿche's chances of making up all the ground they'd lost over the years.

"We reached a plateau of mundane," agrees Wilton. "Now we have a new energy and we're a force to be reckoned with. This has got serious potential; it just has to be nurtured and developed, and that was the plan with the last album. We stuck to the business plan and now we're settled with management, we're solid with our record label; they exercised the second option in our contract and that hasn't happened since EMI (laughs)."

All well and good, but as a Queensrÿche fan dating back to their debut EP some 30 years ago I have a hard time understanding how a band of five guys is capable of sticking together for almost two decades (1994 - 2012) under the thrall of one person's musical vision. I'm not alone in that. It seems there were two camps within Queensrÿche, one side fit with custom made muzzles. Wilton is understandably cautious in how he approaches the subject.

"I can't give a definitive answer because there are probably a hundred answers to that. We're creative people and we're hopeless optimists. We're always thinking 'God, it's gotta get better.' It was one of those things where someone wasn't happy - that was me, I admit it (laughs) - and I'd suggest something, and it was like 'Whoa! Don't rock the boat...' And then everyone was against me, or somemone else in the band. It was weird how things happened. Basically, everybody was seeing different things creatively. I compare it to a really long and bad divorce; it just keeps idling along until eventually it picks up momentum because something happens."

It was a welcome divorce. Wilton agrees.

"We're a business as well, sort of like Apple. They got rid of their head guy, came back and re-invented themselves. Look at them now. Change is inevitable, it's going to happen. I keep getting the question 'Do you wish you could have done it a couple years earlier?' but everybody has to be on the same page. It can't just be one guy." 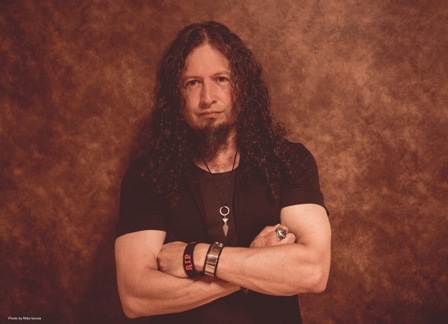 Simply put, Condition Hüman is a fine example of everyone in the band having a clear cut idea of what they want to do as a unit.

"It really is. It's in the spirit of Rage For Order in that we spiced up some of the arrangements. We didn't have to do the traditional pop format of arrangements. We put in some curveballs and some head fakes on the new album, false endings and time changes. 'Guardian', for example, is all over the place. It's an energetic song and the middle eight Todd sings when it breaks down is just amazing."

Wilton bringing up 'Guardian' is amusing, as the song was a topic of conversation with La Torre prior to this interview. La Torre explained that what people think is a reference to Operation: Mindcrime with the line "revolution calling" in the chorus in is fact "evolution calling." He was advised by your truly to forget it; the fans are always going to hear the salute to Mindcrime, particularly given the nature of the song.

Wilton laughs. "I've had to explain that to at least 10 people."

Breaking down the songs, Wilton discusses the Condition Hüman title track that closes the album. A fitting end to a record encompassing all the elements that garnered Queensrÿche their initial popularity.

"That's a song I've been working on since the end of the last album. It was two years in the making. My original demo was probably only five minutes but it just kept growing, and when I got Todd involved we just decided to take a chance and make something epic. It became this monster. The final outcome is we took the ending from one of Parker's songs that didn't get used and slapped it on the end of my song, and we got this exclamation point on the end of the album (laughs)."