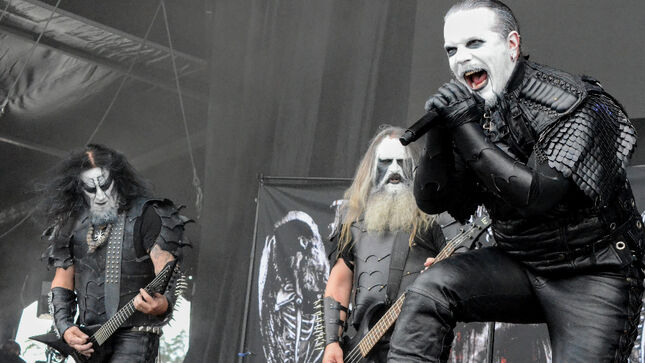 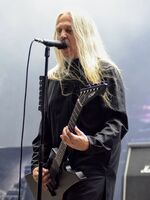 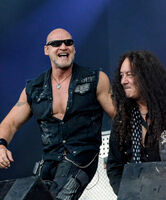 Usually that's due to the fact it will be another year, till we meet again. However, this time, there was an added poignancy. Friend, musician and all-around good guy, Mat Sinner surprised his Primal Fear bandmates (and those of us backstage) with an unannounced appearance, to see how the boys are coping, as he recovers from serious illness (Singer Ralf Scheepers said he'd not seen Mat, in-person, in over two years, although they've spoken, and Tom Naumann said the once vibrant bass player/singer, with a zest for life, was confined to medical facility for a year!). Although he needs a cane, and someone to steady him, as he walks, Sinner made the briefest of onstage appearance, rising from his seat to add the titular chorus to "Metal Is Forever". After the show, Naumann confided, "When we did "Running In The Dust", we all (the band) had tears in our eyes."

A courage and proud man, BraveWords joins the rest of the metal community in wishing Mat a full recovery.

Elsewhere on the mud strewn, old airport grounds, Dark Funeral put on a brutal assault (LOL) to the main stage. Later, Blind Guardian would sandwich the entire Somewhere Far Beyond album between a half dozen others, although nothing from the forthcoming The God Machine disc. Lots of singles/videos have generated a lot of positive buzz (especially about the return of speed/heaviness), so unlike Arch Enemy (a couple of nights earlier), who have virtually toured and unwrapped a new album for fans, even before it was commercially available, the Guardians decided NOT to debut any newbies, despite release date being less than two weeks away.Good things come to those who wait...Speaking of wizards and Lord Of The Rings, check out Hypocrisy singer/guitarist Peter Tägtgren's flowing white locks. The career spanning repertoire was more extensive than the one witnessed in late June, at Tons Of Rock, but still opening with "Worship" and concluding with the ubiquitous "Roswell 47".

Previous galleries can be viewed here and here.

Thanks again Summer Breeze: a full festival report will be posted soon. 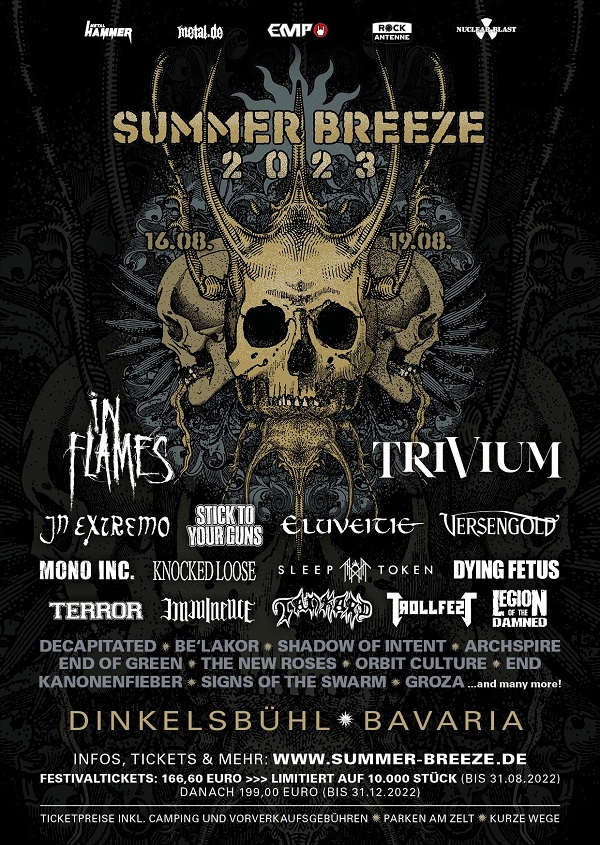 And with Summer Breeze 2022 is in the books, and organizers have revealed the first round of bands confirmed for 2023. Tickets are on sale now at this location.