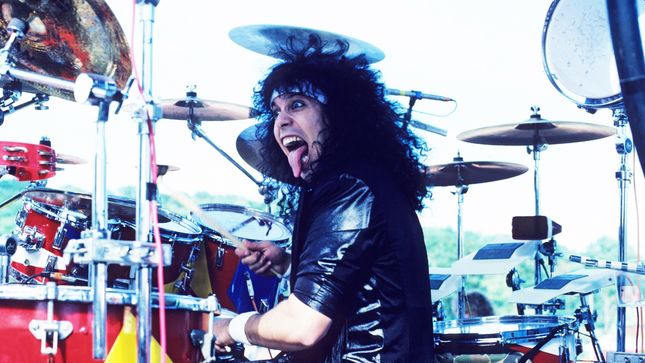 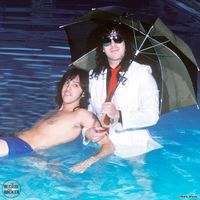 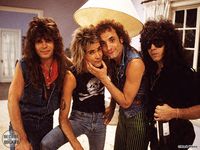 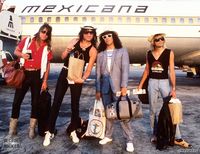 Renowned photographer Mark “Weissguy” Weiss’ The Decade That Rocked Podcast looks back at the ‘80s most historic music through his iconic images featuring interviews with rock stars both old and new giving fans a backstage pass to the most hedonistic era in music.

Weiss states: “It has been a week since I turned on Eddie Trunk on his SiriusXM show breaking the sad news that my friend, drummer extraordinaire Frankie Banali from Quiet Riot has passed away fighting his battle with cancer. He was a true rock warrior and an amazing guy to all his fans and friends. There was and never will be anyone like him. I was lucky enough to spend time with him both professionally and personally over the decades. I recently launched a podcast called The Decade That Rocked a few weeks ago. We were on our third episode when I heard the news. Have a look and listen as I share some memories of the guy that blew me away the first time I saw him in 1983 at the US Festival. I included many never before seen photos of Frankie from my time with Quiet Riot in the ‘80s. Fun times we all had. Make sure you watch the end of the podcast where I put together a slide show to their song ‘Winner Take All’. My thoughts and prayers go out to Frankie’s wife Regina Banali and his daughter Ashley and his family. ROCK IN PEACE FRANKIE!”

On August 20th, 2020 the world lost Frankie Banali at 68 years young. A true rock warrior for over 40 years! In this episode, they reflect on Frankie and what Quiet Riot meant to the hard rock and heavy metal world, and Mark reveals some amazing memories of his rock ‘n’ roll brother. Rock in Peace Frankie Banali: 11/24/51 – 8/20/20. After the podcast, there is a memorial slide show to the Quiet Riot song "Winner Take All" with never before seen photographs of Frankie and his band mates in Quiet Riot.

The Decade That Rocked Podcast Episode 1-3 now available by Weiss and Greg Alprin is available on Spotify and iTunes.

Check out the memorial slide show featuring rare photographs of Frankie Banali and a never-before-seen interview below!

Mark "Weissguy" Weiss' best-selling new book, The Decade That Rocked, is out now at this location!