AC/DC Engineer MIKE FRASER Confirms Power Up Was Finished In October 2018 - “It Was Two Years Since We Recorded It And You Start Wondering With The Pandemic, Is It Going To See The Light Of Day?” 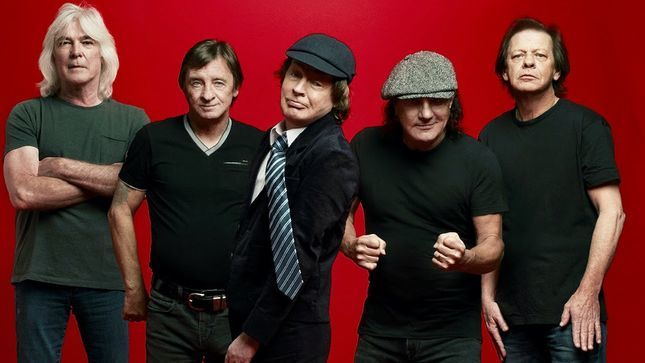 While dealing with the realities of COVID, October 1st was the most uplifting day for rock fans across the globe. And it only took ten seconds to make it happen. The first taste of “Shot In The Dark”. It was real. AC/DC were back. Not back in black, but back during a very black time in the history off the world.

It’s one of those “you’ll always remember where you were” moments. Power Up containing familiar, metal-heartwarming sounds reminiscent of the band’s glorious past.

“For me as well,” agrees longtime AC/DC engineer and producer extraordinaire Mike Fraser in an excerpt from an upcoming BraveWords feature. “It was two years since we recorded it, and you start wondering, with the pandemic going on and the record in the can, is it going to see the light of day this year? So it was pretty cool to see that little glimmer of hope. It was like, ‘Yeah! Here we go!’”


BraveWords: It really felt like it was real. In August of 2018, Brian Johnson and Phil Rudd were spotted at Warehouse Studios, so something had to be up. Is the band paying attention to this gossip and all this stuff that’s getting leaked?

Fraser: “Well you knew something was happening when it was leaked, but their intention was to go into the studio quietly and see what they’ve got. They didn’t know. Brian (Johnson) was fresh back in the band after his hearing stuff and they didn’t’ know how that was going to work, Cliff had said he wanted to retire, Phil had his problems, so putting that all together it must have been a logistic nightmare. And I think they wanted to keep it under wraps and if it worked out it would give the fans a great surprise present. The end of that tour is kind of all up in the air, will it carry on? Is there a band to carry on? So they wanted to keep it under wraps. I think they were kind of disappointed that it got leaked. But they’re a huge monster band, so how could it not?”

BraveWords: There was paparazzi everywhere!


BraveWords: How hard is it for everybody working on the album to be stealth? It’s like Hangar 18, complete silence and no poker faces allowed.

Fraser: “For sure it’s tough, and the band all come to a city that they don’t live in, so they’re going to be in restaurants and out wandering the streets and all that. They’re going to get spotted and it’s going to come out, but if they’re spotted in the streets or at a restaurant that could be them doing anything. But to have the pictures outside of the studio and out on the balcony, then it was ‘Ah, all right, the cat’s out of the bag.’”

BraveWords: When did you actually hit the stop button on this… officially in the can? How long was it sitting there for?

Fraser: “I think that was July/August 2018, that they were in Vancouver. Then Brendan (O’Brien) and I went down to L.A. and mixed for about three-four weeks, and then they sat on it for a little bit. Then Brendan and Angus got together and did some more editing and a couple of other remix things. So I’m not exactly sure when it was over but my guess would be October 2018.”

Watch for part one of our BraveWords feature with Mike Fraser next week! Check out our review of Power Up at this location.