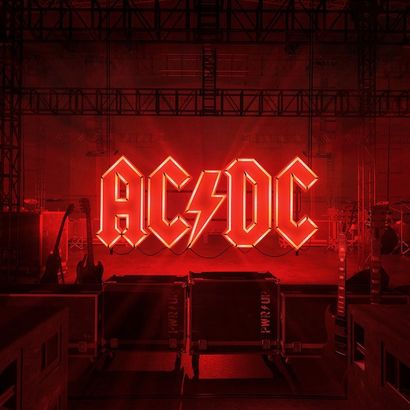 C’mon, you were feeling it as well. We’ve waited six years for new material. The mind-numbing death of Malcolm Young in 2017. We recovered from the near-tragic Brian Johnson hearing issues. The Axl Rose fill-in embarrassment fully behind us. Yeah, COVID struck and delayed things probably another year at least. But in early October when you heard 30 seconds of the absolutely addictive “Shot In The Dark”, all your senses tingled. It’s really happening. The line-up that matters - minus Angus’ older brother and partner in crime - truly owning it. All the planets were aligned, Brendan O’Brien and longtime studio ally Mike Fraser just icing the thunderous cake. And during tough times of desperation and devastation throughout the world, AC/DC have saved the day. Don’t get me wrong, this ain’t their shining hour. How could it be? But it’s a band to be admired, completely cherished. Blokes you’d die to hang at the pub with, they are so dear and down-to-earth. And the band’s 17th album, PWRϟUP, is a glorious return. “Realize” kicks off the toe-tapping’ riff-fest, AC/DC always finding that groove and rip-roaring chorus lines which the album is chock full with.

A certain warmth shines with tracks like the appeasing “Witch's Spell”, “No Man’s Land” and “Through The Mists Of Time” which all hearken back to the band’s peak in the ‘80s. The latter in particular describing AC/DC’s knack for overcoming the realties of life: “See dark shadows, on the walls. See the pictures, some hang, some fall.” Johnson hasn’t lost a beat despite overcoming a punctured ear drum from a vintage car race.


And deeper cuts like the breakneck “Demon Fire” and “Money Shot” just solidify that AC/DC have the tightest rhythm section on the planet. Keep in mind Phil Rudd’s drug-addled history nearly did him in physically and career-wise. But he is - as Jimmy Page said about John Bonham - the drummer who lays down the foundation first. And he shakes the foundations with purpose and menace. Meanwhile Cliff Williams who just plain out retired, is the other stabilizer when it comes to rhythms and backbone.

And the ghost of Malcolm Young can be seen hovering above when you consider the writing the brothers had done consistently before his passing.

Looking back, 2008’s Black Ice lost its lustre due to length and unmemorable songs. 2000s Stiff Upper Lip was decent and Ballbreaker from 1995 was no doubt the last moment the band really had the fire deep in their guts. And 25 years later they’ve found it again.

Now turn over the vinyl cover art. The band looking stern and serious in a darkly-lit room with the iconic lightning bolt behind them shining in battle blood red. Brian is raising his fist and toned arm in the air. They look seriously good. So bloody cool. The battle has been won.