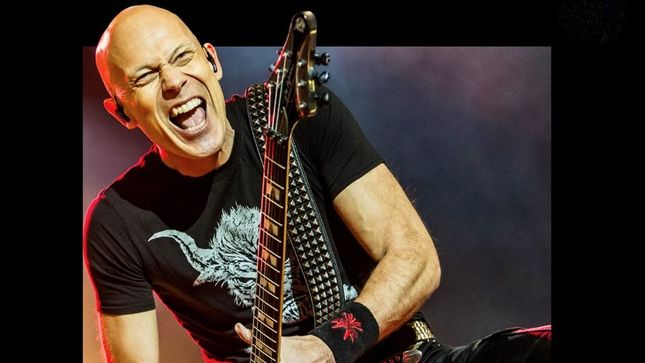 Reverb has announced an upcoming Reverb shop with German metal icon, Wolf Hoffmann. Starting October 28, the founding guitarist of Accept will be selling guitars, amps, and more that have been used on albums and played on stages all over the world throughout Hoffmann's long career.

Hoffmann's shop will feature a variety of excellent vintage highlights, including an original Dallas Rangemaster that Hoffmann used on all of Accept's albums throughout the '80s and '90s, along with a 1980 50-Watt Marshall MK II that Hoffmann says he's used "on just about every Accept album" since he bought it in the '80s.

Guitars on offer include a custom Hamer Wolf Hoffmann Stratocaster, a Hamer archtop electric, and a Charvel USA Custom Shop Stratocaster from Accept's Blood of the Nations tour.

"These guitars and amps have been part of my life and my music for decades, appearing on Accept albums and tours as early as the 1980s," Hoffmann says. "As tough as it is for me to part with these instruments, I’ll be happy to see them find a new home in the hands of the next generation of heavy metal players."

Earlier this month, Accept released the new single, "The Undertaker", as harbinger to their upcoming studio album. Check it out below.

"The Undertaker" is a catchy mid-tempo number with an eerie build that seeps into your skull, accompanied by stirring vocals from Mark Tornillo. It’s sure to deliver some memorable live moments. According to Wolf Hoffmann it‘s one of the most notable and brilliant pieces on the album.

The single and album were recorded in the "world capital of music" Nashville (USA). At the mixing desk was once again British master producer Andy Sneap (Judas Priest, Megadeth among others), who has been responsible for the magnificent studio sound of Accept since 2010.

This is a 2-track single featuring a previously unreleased live version of “Life's A Bitch” recorded in Oulu, Finland in 2019 and will be released digitally as well as a limited edition 7“ vinyl in three colours, each limited to 300 copies. Colours are gold, white-marbled for Europe and red for the US.

All formats can be ordered below: