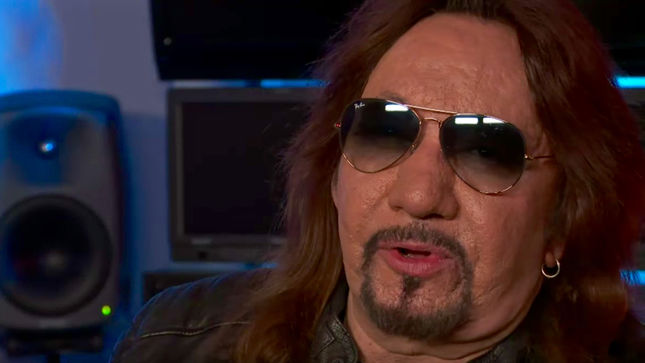 Former KISS guitarist Ace Frehley has just updated his live itinerary for next year. Ace is headed to South America and Mexico for the first time since the KISS Psycho Circus World Tour in 1999. The complete tour routing is as listed:

Talking Metal’s Emily Strigl caught up with original KISS guitarist, Ace Frehley, and his finance Rachel at the Revolver Music Awards in New York City on December 13th. Talking about his plans for 2017, Ace says: “Working on a new album, working on a second book, heading out on tour January 18th, then I go back in the studio, and then in the spring I hit South America - first time in South America since I toured there with KISS. So this is a busy year, and next year’s gonna be probably busier.”

Emily Strigl suggests that in 2018 we will see KISS reunited. "I haven't heard anything from Paul and Gene”, says Ace. “Although I did get a text from Gene the other day, he wanted to come see me perform this January. So, you know, maybe he'll pop the big question, who knows? Whatever happens, we're all good. It's all good."