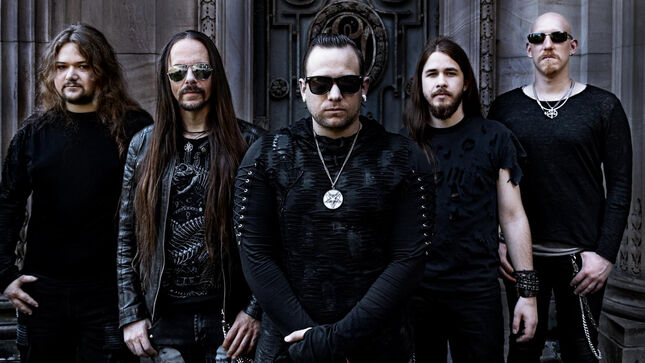 Nine years after the release of In Darkness, German dark metal frontrunners Agathodaimon set the stage for their long-awaited comeback - the bittersweet seventh studio album, The Seven, out March 18 via Napalm Records. Agathodaimon’s exceptional new strike maintains the old-school spirit of its predecessor, but can’t be pigeonholed due to its dynamic and widespread musical styles, evoking a gloomy atmosphere fuelled by sharp growls, epic clear vocals and a gripping, exceptional sonic universe.

Formed in 1995 and entering the scene with their debut, Blacken the Angel, in 1998, bandleader Sathonys was temporarily forced to put Agathodaimon on hold in 2014 due to private circumstances. But the irrevocable fire of the band and their fans never went out, seeking a reawakening of this sonic, seething beast.

Now, the gates of darkness have opened once again with the massive first single “Ain’t Death Grand” as a mouth-watering harbinger, alongside a hard-hitting music video. The song breaks in with evil screams spit from the devil himself while evoking a hellfire of thundering drums and razor-sharp riffs to create an intense mélange fueled with heroic symphonic black metal passages.

Sathonys on the first single: “'Ain’t Death Grand' was the first song we’ve written together after our reunion, so it rightfully became the first video clip. Especially as it acts as an excellent teaser for what’s still to come: As usual, the songs of The Seven won’t be one-dimensional, there’s a wide range of styles you can expect, just like we did it in the past. BUT this one has a lot of elements in common with the other songs: Dark atmosphere, melody, aggression, intensity, groove, some old school-vibe and respect for our roots, but also the inevitable longing for new musical grounds and heartfelt music in general.”

Watch the official video for “Ain’t Death Grand” below.

Agathodaimon's massive new outburst, The Seven, reveals extreme soundscapes amid a captivating concoction of evil, provoking, cutting dark metal and heroic symphonic black metal in the style of bands like Cradle of Filth and Carach Angren, but with their unique and very own multifaceted take. Thematically, as hinted by the album’s title, the full-length is centered around the momentous and symbolically powerful number seven and the seven deadly sins - sloth, greed, lust, gluttony, pride, wrath, envy - on ten tracks total, all addressed with religious topics that contrast with human beings and its original nature.

Sathonys about the album: “Well, we took our time in creating this album. We had to make sure we (can) work together as a band after all these years, that the chemistry is there, that it feels organic to release another album after such a long break. To cut it short, we’re really looking forward to have The Seven out, as we’re very satisfied with it. More than that, we’re proud of it. Typically, you can point a finger at one or two songs that really stand out from the rest, but here, you’ll feel the effort that was put into every song and every aspect. Not only in terms of songwriting, there’s also the artistic concept and visual artwork/realization delivered by the team of Credo Quia Absurdum, or the excellent production under the supervision of our friend Kristian “Kohle” Kohlmannslehner (Powerwolf, Aborted, Benighted etc.). Usually you have to be prepared to make compromises. The Seven is far from that, as it is our most ambitious album to date.”

Diving into this exciting construct with opener “La Haine”, the track lures the listener into the freezing, dark world of Agathodaimon, produced by long-time companion Kristian “Kohle” Bonifer (Aborted, Powerwolf, Hämatom amongst others), by building up a dense wall of thunderous sound, accented by a multifaceted vocal interpretation. Songs like raging “Wolf Within” and haunting “In my Dreams” roam between dense soundscapes, crushing instrumentals and intense lyricism. “Kyrie / Gloria” on the other hand stomps more towards heavy doom metal, calling for a black mass with creeping darkness and desperate screams turning into harsh black metal parts, all topped by the guest appearance of Benighted frontman Julien Truchan. Amid the tracklisting there's another special treat for fans lurking with epochal orchestration that paves the war for the remarkable performance of Agathodaimon’s former vocalist, Romanian Vlad Dracul, on “Mother of all Gods”. It’s not only this very first collaboration since 1999, but The Seven as a whole, that showcases that Agathodaimon absolutely acing the balancing act of incorporating their past into a bright and exciting future. 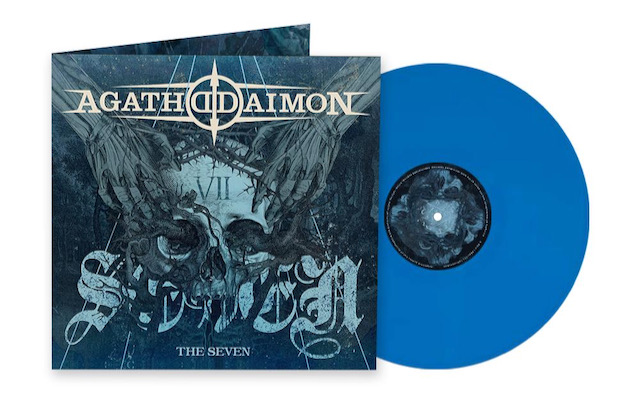 The Seven will be available in the following formats: 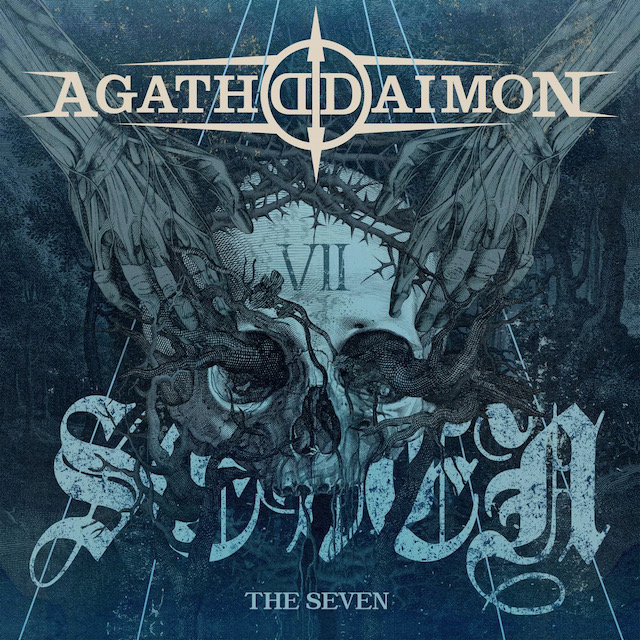