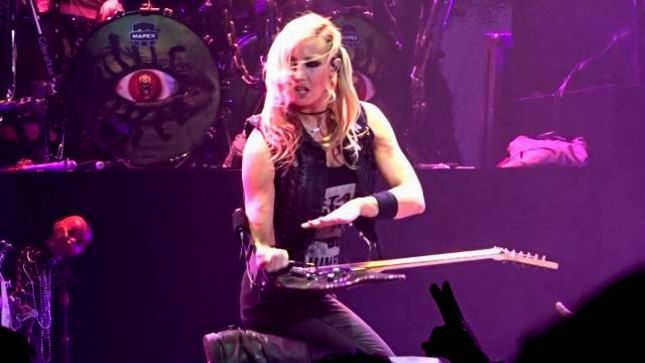 During soundcheck at Nashville’s Basement East, Premier Guitar's John Bohlinger checked in with Nita Strauss, who was on a break from her regular gig with Alice Cooper touring in support of her debut solo album, Controlled Chaos.

Strauss, the first woman to have an Ibanez signature model—which debuted at Winter NAMM 2018—talks about her JIVA10 and her backup S6570Q, and puts her easy-traveling rig, a Boss GT-100, through her core settings. Check out how Strauss shows off the JIVA10’s radical tuning stability at the 15-minute mark.

And yes, she is a descendent of the Austrian composer, Johann Strauss.

Strauss has released an official live video for "Mariana Trench", a track from her debut album, Controlled Chaos (Sumerian Records). Watch below: