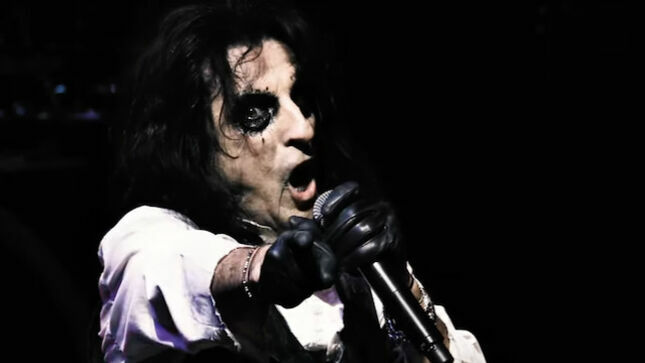 Guesting on Raised On Radio, shock rock legend Alice Cooper revealed some of his favourite songs from the '80s. Check out the rundown below.

Cooper: "We took them on their very first tour and I knew how great that band was. And this album (1987's Appetite For Destruction) might have been one of the greatest debut albums ever."

Cooper: "I loved the first couple of songs and everything, but this song for some reason was the one that rocked a little harder than the other ones and could be redone by another band. Some band should do a harder version of it."

Alice Cooper was a guest on The Mistress Carrie Podcast and spoke about the Rock And Roll Hall Of Fame, his new album Detroit Stories, and other topics.

Speaking about the Rock And Roll Hall Of Fame, Cooper said, “But there's people, to me, where I can't understand why Burt Bacharach's not in the Hall Of Fame. He wrote as many hits as The Beatles. I can't understand why a lot of people… A lot of my people did get in. Paul Butterfield got in, and Laura Nyro got in, and people like that that I thought were way on the backburner, but were really giants in what they were doing.

"So, yeah, I think Iron Maiden belongs in, I believe Judas Priest belongs in — bands that I cannot believe that they've overlooked. But there's a nominating committee, there's a voting thing. I know who I voted for — I voted for the ones that I thought were most deserving to get in there. Not how many records they sold or how popular they were, but how much they contributed something new to rock and roll, or something really valid."