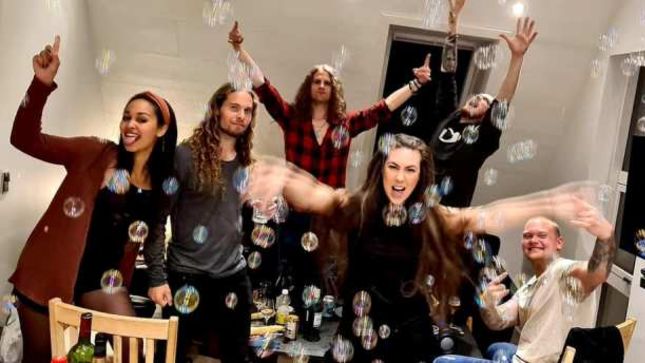 Amaranthe have completed recording all vocal tracks for the band's next album. New clips from the studio featuring Nils Molin (clean vocals) and Henrik Englund Wilhelmsson (growls) are available below.