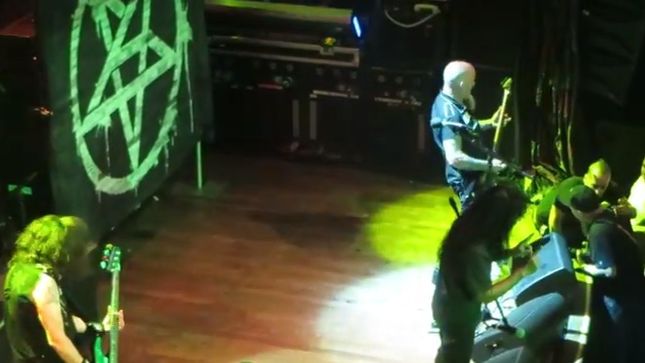 Last night (July 29th), Anthrax provided a headbanging send-off for the iconic Sunset Strip House of Blues, headlining the last metal show ever to play the HOB before it shuts down on August 7th to make way for a new hotel/housing/retail complex. 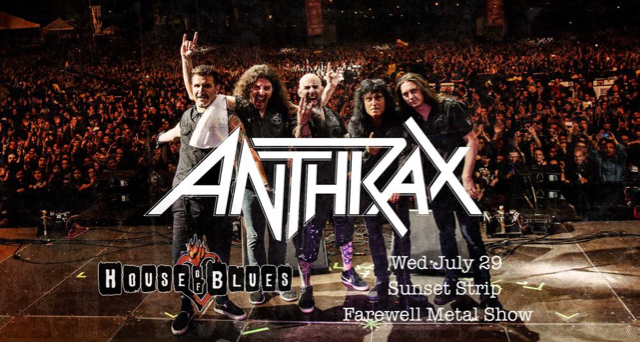 The band started off their performance with the classic “A.I.R.”, “Lone Justice ((first performance since 2005) and added “Across The River” (first performance since 1989) along with rarely-heard covers of the Dio-fronted Sabbath classic “Neon Knights” and S.O.D.’s “March Of The S.O.D.” Public Enemy’s Chuck D joined the band on stage to perform “Bring The Noise” and then paid their ongoing tribute to Ronnie James Dio and Dimebag Darrell with “In The End”.


Charlie Benante commented recently: "The memories that have been created will always live on for anyone who went to the HOB. I feel honoured and privileged to have this last chance to blow the roof off of the HOB. The Strip will soon end up looking like a corporate strip mall, no memories there."

Anthrax is currently in the final stages of recording a new album that is expected out in early 2016.