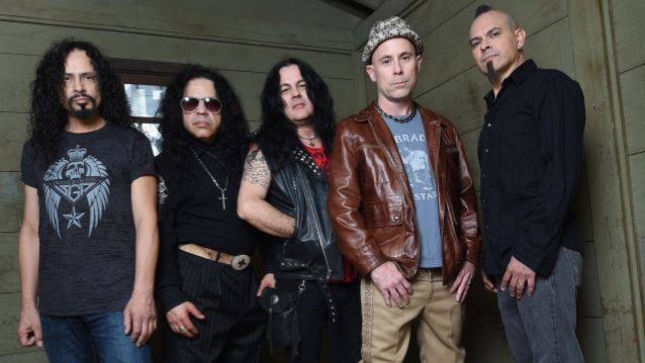 Armored Saint are set to release their seventh studio album. Win Hands Down, is all things Armored, a vintage crush of classic power propelled by a cathartic blast of life in the year 2015. The album is scheduled for release on June 2nd in North America, with release dates for June 1st in Europe/UK, and May 29th in Germany/Switzerland/Austria. The album is streaming in it’s entirety, and can be pre-ordered at MetalBlade.com.

Armored Saint will perform a special headlining date in Las Vegas at Count's Vamp'd Rock Bar And Grill on July 11th. Tickets are available at this location.