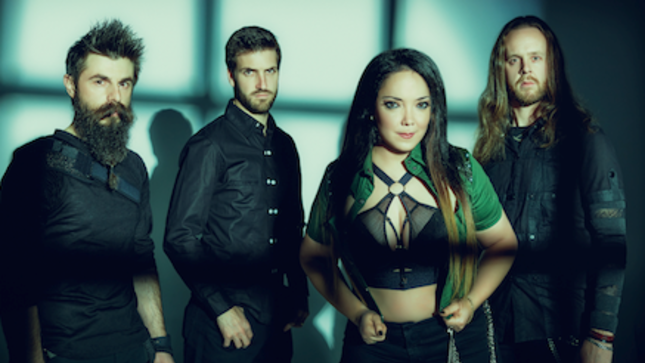 Australian, progressive metal outfit, Divine Ascension, have returned, unleashing their brand-new album, The Uncovering, upon the world. This is the band’s third album and is set for global release on November 16th.

The Uncovering screams modern, fast-paced and powerful. It synthesizes heavy, pounding rhythms, passionate, memorable vocals and eerie, cinematic layers with simply brilliant songwriting. All enveloped within clever arrangements that listeners and supporters will instantly recognize as Divine Ascension’s unique sound. You will also find the brilliant Tom S. Englund (Evergrey) putting some vocals on the song “Pursuit Of Desire”.

The song “Evermore” will be the first single out from the album and will be released on all digital platforms on October 12th.

Divine Ascension’s second release, Liberator launched them on a 30+ date tour of Europe supporting Stratovarius with Gloryhammer. They conquered their own shores nationally, supporting Blind Guardian on their full national tour and then went on to complete a lengthy headline tour of Australia. The band showcased their unique and energetic performance to a swathe of passionate and expressive fans across the globe while refining and further enhancing their product.