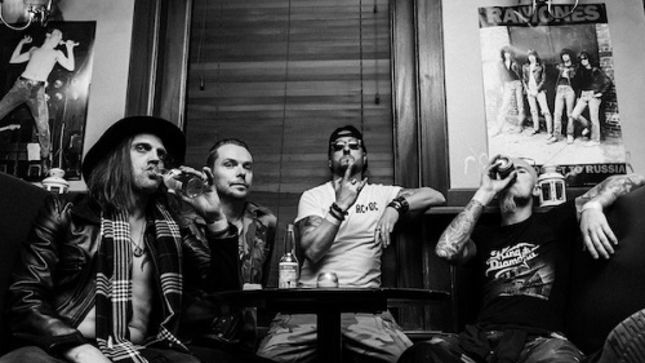 Following the incredible success of their sophomore release "Save Me From Myself", Shotgun Mistress are back with another all-out rapturous sonic assault, "Glorious Machine".

This latest slice of pure contemporary rock doubles down on the band’s indomitable style. It’s incisive and dynamic with smouldering guitars over an explosive rhythmic undertow crowned by Glenn Patrick’s aeronautic vocals. The melodies utilize a haunting narrative of infatuation and obsession to hurtle through your headspace in a truly dizzying and dazzling hard rock experience. Melbourne’s Shotgun Mistress' third single "Glorious Machine" is yet another tantalising taste of their forthcoming album due for release late in 2020.

"Glorious Machine" debuted at #1 on the Australian iTunes Rock charts today, and is out now globally via Crusader Records (part of the Golden Robot Global Entertainment Group). Stream and purchase the single here.