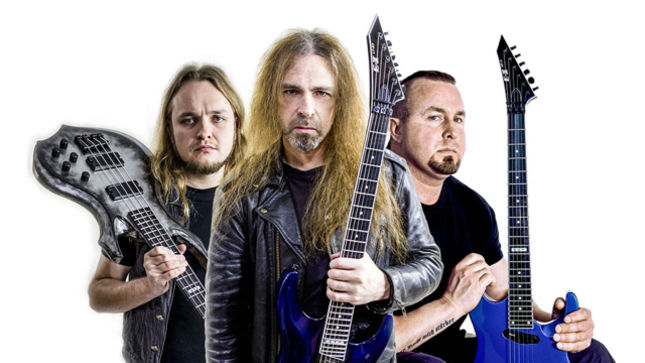 Australian melodic metallers, Lord, have been announced to play the first night of next years ProgPower USA Festival. This will be the band's first ever US appearance. A video announcement can be found below.

Commented ProgPower USA co-promoter Milton Mendonca: “There is a fundamental difference between bands who want to play ProgPower USA and bands who want to become a part of the festival. Lord has shown us that they understand how special our event is and are committed to it for the long run. The fact that they play top-notch power metal and will get our crowd on fire from the first note doesn't hurt either. We’re thrilled to have them open the festival next year."

Andy Dowling wrote: "We're absolutely honoured to be invited to play one of the world's most prestigious power and progressive metal festivals. ProgPower is a global name and we cannot think of a better way to make our debut in the US after so many years. Our US Dungeon and Lord fans have been very patient and we'll make sure that the wait is worth it!"

Lord, formerly known as Dungeon, has released several critically acclaimed albums and EP releases, and has toured with the likes of Saxon, Queensryche, Iced Earth, Nightwish, Gamma Ray and many more. Lord released a retrospective box set release in late 2014 entitled The Dungeon Era comprising of all four albums from the first era of the band re-recorded as well as original remix/remasters and a 200+ page band bio on an accompanied USB all access pass. The release celebrated 25 years of the band and was limited to 500 copies worldwide.

ProgPower USA will be entering into it's 17th instalment next year with announcements of Fates Warning, Devin Townsend Project, Green Carnation, Freedom Call and many more appearing at the festival. First public tickets go on sale October 3rd via Ticketmaster.