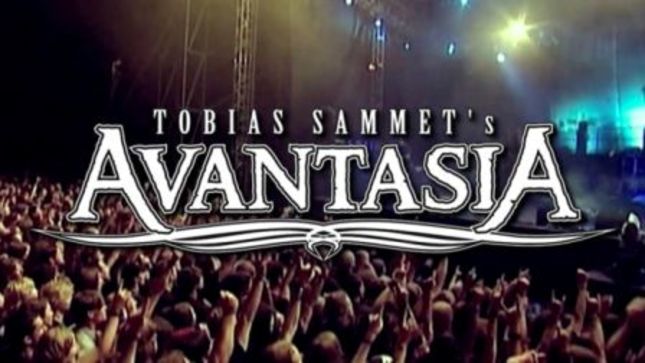 Metal Shock Finland's Alison Booth recently had a chat with Avantasia mastermind Tobias Sammet about the forthcoming album, Ghostlights. Some excerpts are available below, the full audio interview can be found here.

Talking about the guests on the album, Tobi discussed some of his choices and the process he went through:

“When I write a song like the title track for the new album, I know Michael Kiske (Unisonic, ex-Helloween) would be the singer for that song. I have it in the back of my mind, then I’d do it right from the start. But sometimes you have a song, for example ‘The Haunting’ with Dee Snider (Twisted Sister) – the music had been written and I was standing in my basement (which is the music part of the house) and I was in there listening to the material and then I tried to imagine who could be the proper singer for that song. ‘The Haunting’ was in need of a vocalist who would be both theatrical actor, but at the same time dramatic vocalist and the song was very, very eerie. And I imagined somebody who should sound like a crossing between something very flamboyant and the Child Catcher in Chitty Chitty Bang Bang (laughs).

And of course I was going through my record collection and thought ‘Dee Snider’s got to be in it!’ It was not obvious I would ask Dee Snider for such a track, because it’s not exactly ‘We’re Not Gonna Take It’ or ‘I Wanna Rock’, but if you listen to the final result, it sounds like no one else could have done that and in the end it fits. It’s not a choice that comes across as reasonable  before you finally do it, but after you’ve done it, it sounds like nothing else could have been better and that’s something I’m really proud of.”

Regarding the forthcoming Ghostlights World Tour: “I don’t believe we’re gonna do another tour within the next three, four, five years, there are so many people involved with individual schedules. So it should not be taken for granted that everybody is available, and why we want to seize the chance that we are all available for this tour. We’ll play for three hours minimum, I think it’s gonna be a little longer and we’re gonna do 24 or 25 tracks. It’s gonna be a journey through the history of Avantasia and it’s going to be very visual, we’re going to bring the whole stage production, it’s gonna be an amazing scene and something quite unique. I can highly recommend it to anyone that’s into Avantasia, it’s gonna be the last time in a very long time that you will have a chance to do so.”

Avantasia's seventh album, Ghostlights, will be released worldwide on January 29th via Nuclear Blast. Check out the new lyric video for the album’s title track:

Avantasia recently announced two live North American dates – one in Toronto and one in New York. A third date has been scheduled for Anaheim, CA at the House Of Blues (Disneyland) on April 11th.

Mastermind Tobias Sammett talks about the Anaheim date: “Great news I had this morning, Avantasia have been confirmed for New York and Toronto. Now another North American date is set: Anaheim, California. I think we recorded our LIVE IN LOS ANGELES album with Edguy there. Found a nice picture from back then, our 3rd US tour. Anyway, even though it's gonna be a rather short visit of just three shows - I can't wait to bring AVANTASIA to the US and Canada. 3hrs of Epic Rock and Bombastic Metal - live at Disneyland - isn't that a great fit? Will keep you posted regarding ticket sale… 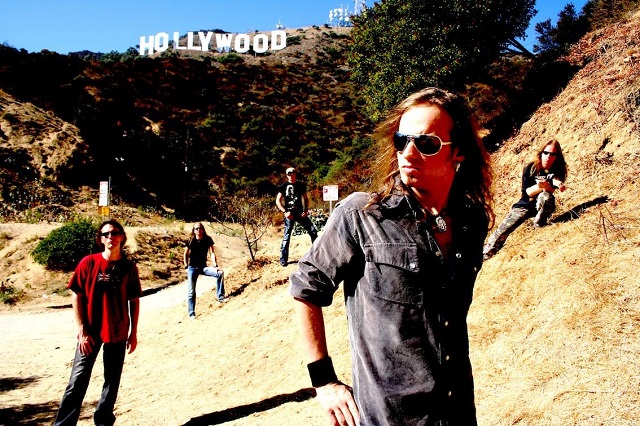 “My American fellow weirdos: Which songs do You wanna hear? I can't wait to come over and ROCK AMERICA AGAIN! Cheers, T”

Avantasia will be performing for the first time in New York City and Toronto this April, as part of the Ghostlights World Tour.

Tobias Sammet and his ensemble of world-renowned musicians will be bringing a 3-hour long show to Queen Elizabeth Theater in Toronto, ON on April 13th, and to the Playstation Theater in New York City, NY on April 15th. Tickets for both shows are on sale: (Toronto, New York).

The lineup for these show will be comprised of:

Avantasia has promised to take the fans to a magical world all its own, with a setlist that embraces its entire history, from The Metal Opera to Ghostlights and everything in between.

Says Tobias Sammet: “Great news - my North American friends: WE'RE COMING BACK! You know, the few memories I have of our last Avantasia show in Canada are a bit blurry. Back then I went from hospital right to the stage as I had some real mean flu. I was so high on whatever medication the doctor gave me to make the show, all I remember are the green little creatures in my dressing room that were calling me names but always disappeared under the sofa whenever I tried to catch them to confront them with their silly behaviour… Now, looking at the video I sounded quite a bit awful, ha! But I've been told I was funny and a very happy person that night.

“AND I AM HAPPY TO SAY WE'LL BE BACK - IN GREAT SHAPE: Toronto and New York confirmed, West Coast show in the works. Unfortunately Bob won't be able to join us for the dates outside Europe as he will be off on a Magnum tour, but we'll bring Michi Kiske, Jorn Lande, Eric Martin, Ronnie Atkins, Amanda Somerville, Herbie Langhans, Sascha Paeth, Olli Hartmann and ME of course… And Miro. And Andre on bass… And as if that wasn't enough on drums there will be no other than... THE DRUMMER!!! Can't wait to hit the stage!”