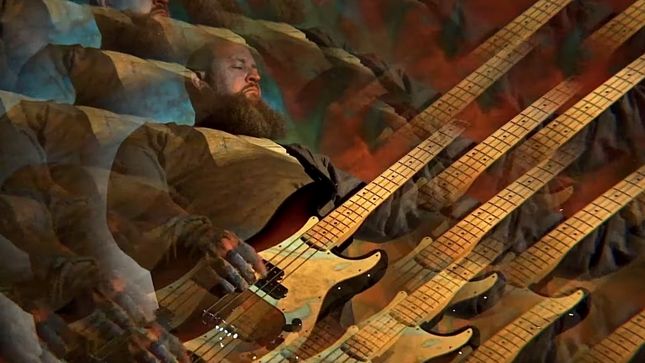 Psychedelic rock formation, Bask, will be releasing their third studio album, aptly titled III, on November 8 via Season of Mist, making it their debut to the label. The effort was recorded and mixed by Matt Bayles (Pearl Jam, Mastodon, Minus The Bear, etc.).

Watch a music video for the first single, "New Dominion", below, and pre-order the album in various formats here.

Bask comment: "We bring you our premiere single and video for 'New Dominion'. We’ve waited anxiously to share these songs and stories with you. We hope you enjoy listening as much as we enjoyed writing and recording."

The album artwork was created by Adam Burke.