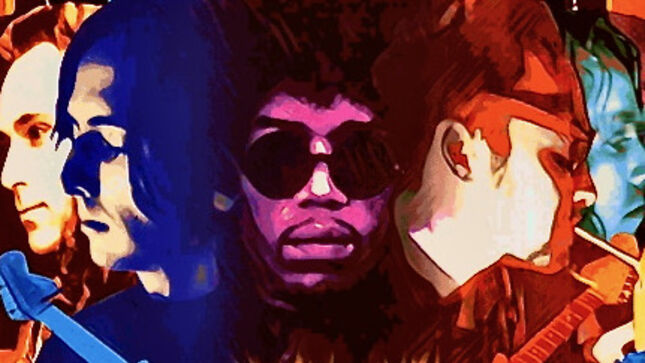 Commissioned by legendary record producer and former creative head of the Jimi Hendrix Estate Alan Douglas in 1990, the cleverly titled If 60’s Were 90’s by the band Beautiful People, is a truly unique and seminal record.

Consisting of over fifty guitar riffs, vocal cut outs, out- take lead breaks, and word raps from guitar god Jimi Hendrix, If 60’s Were 90’s also features spoken steals from Brian Jones of the Rolling Stones, Experience drummer Mitch Mitchell, 60’s blues guitarist Mike Bloomfield and a party called the “Milky Way Express” that included the one and only Frank Zappa. Like some Groovy Psychedelic time-machine cruising the Hendrixphere, Beautiful People pluck from over 30 different Hendrix recordings, writing nine new songs creating a sound that arguably helped kick off the rock dance crossover phenomenon of the early 90’s, bringing guitars back into dance music while still retaining the psychedelic rock majesty of one of the greatest guitarists of the 20th Century. 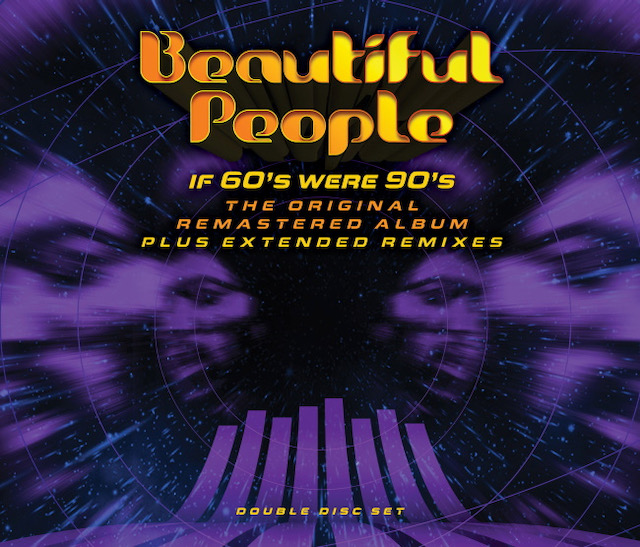 It all began when singer/ guitarist turned Acid House promoter Duncan Elder AKA Du Kane teamed up with Keyboardist/Studio Tech Whizz Luke Baldry, and created a one-off Hendrix sampled house track that found its way to Eric Clapton. Eric initially wanted to release the track but on managerial advice generously passed it on to Alan Douglas, (who ironically had been looking for an “environment” for the sampling of Hendrix at that time.) Douglas gave the gig to Kane and Baldry, the boys decided to name the band after Kane’s Acid House promotion company “Beautiful People” a name inspired by and attributed to author Ken Kesey and his team of 60’s Merry Pranksters. The album was completed in July 1992 with live drums recorded by Robin Goodridge (later of Bush fame) and first released in 1993 on Castle Communications Essential label with remixes by Killing Joke bassist and Legendary producer Youth (Pink Floyd, Verve, U2). The album was generally well received even if the idea of it did freak out some purists, but it proved to be a grower. In 1994 Beautiful People toured Europe supporting Hawkwind then on the personal request of Noel Gallagher toured the UK on the Oasis “Definitely Maybe” tour.

After securing an American deal with Continuum records Beautiful People racked up a number #1 and number #3 in the US dance chart with "If 60’s Was 90’s", and “Rilly Groovy” (the former with accompanied video featuring Jimi’s son James Sunquist, aka Jimi Hendrix Jnr,) “Rilly Groovy” which was also placed in the opening credits for the movie “P.C.U” (a Grunge Era National Lampoon’s Uni flick starring Jeremy Piven and David Spade), as well as “If 60’s Was 90’s” being added to the movie soundtrack of Prefontaine starring Jared Leto... With a huge American tour booked and the single about to be released to the mainstream chart, everything was looking good when out of the blue their American Label Continuum went bankrupt... everything halted and the album was frozen... and this cult favorite was lost in a 90’s ethereal mist.

That is... until now... Out on Gonzo MultiMedia in box set form, and for the first time on (Purple) vinyl is the whole remastered album, a triple CD selection of the best remixes by Youth, PM Dawn, Ben Mitchell, and Astralasia amongst others, a remastered CD of the album, also a DVD of all the bands Live TV performances, music videos, an interview with Alan Douglas, as well as a scrapbook coffee table book put together by Ian Brown and Fall.

Producer Mike Bennett, with Du Kane telling the whole story with pictures and testimonials from members of the Darkness, Happy Mondays, The Fall, Sub Sub, Wishbone Ash, Sisters of Mercy, Oasis, Spiritulised, Steve Etherington, Bush, Primal Scream, blues guitarist Will Johns, Fuzz Box, The Dust Junkys, and Hendrix photographer Karl Ferris commenting on how much influence If 60’s Were 90’s had on them personally, and on the music that followed, proving that Jimi Hendrix was still showing the way to another generation twenty five years after his tragic passing, and still inspiring future generations.