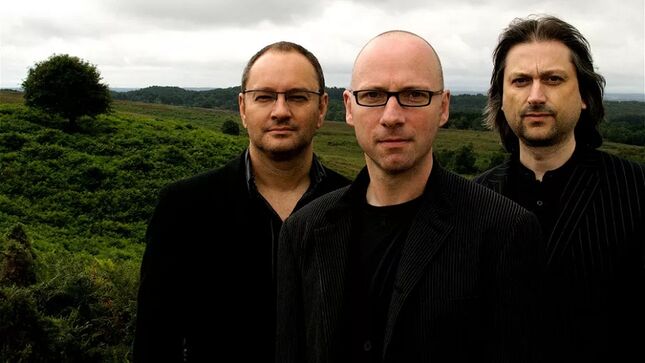 Big Big Train have released a lyric video, directed by Christian Rios, for the 23 minute title track from their reissued album The Underfall Yard, which will be released on April 9. The song includes a newly recorded guitar solo by former It Bites leader Francis Dunnery.

“The music of It Bites was a big influence on me back in the day,” bassist Greg Spawton explains. “When we were originally working on the album in 2009, I knew that the title track needed a big guitar solo, so I reached out to Francis to ask if he would contribute a solo. Whilst he was keen to work with BBT, he was going through a stage where he wasn't interested in playing in the fluid, legato style he had mastered with It Bites, so the solo he played for us, whilst great, was different from what I was expecting. Subsequently, Francis has re-connected with the music of It Bites so I thought I would ask if he was prepared to have another run at the solo. He was up for it and has delivered a storming piece of guitar work for this new mix of The Underfall Yard.”

“The Underfall Yard was an important album for BBT and we wanted the reissue to offer the best possible audio quality,” drummer Nick D’Virgilio adds. “Our sound engineer, Rob Aubrey, has immersed himself in the multi-track recordings and has used all of his considerable skills and experience to deliver a beautiful new mix.”

“Back in 2009 we made what was then a controversial decision to make the whole 23 minute title track available as a free download ahead of the album’s release,” vocalist David Longdon remembers. “Of course, that was before streaming really took off, so it doesn't seem so unusual in retrospect! At the time our decision helped us to get our music heard by a bigger audience, so we thought we would repeat the exercise, but this time with a film to accompany the song.”

“Christian Rios has made a beautiful film for The Underfall Yard,” Greg Spawton continues. “Amongst other things, the song is about Isambard Kingdom Brunel and the great Victorian engineers. Christian wanted Isambard to appear in a specific way in the film and decided there was only one thing for it: he had to don the outfit and cigar himself!”

The new release will be available as 2CD and 3LP Vinyl as well as in digital formats and will be available on March 25 (CD version in Japan via Marquee) and April 9 (rest of the world via English Electric/RSK/2 CD/digital version and Plane Groovy/RSK/3 LP version).

Released in December 2009, The Underfall Yard was the first Big Big Train album with vocalist David Longdon and drummer Nick D'Virgilio as full band members, the first to feature Dave Desmond's brass band and the first to include the guitar playing of Dave Gregory.

Alongside the remix of the original recordings, a second companion CD/third vinyl LP features 48 minutes of material, including a new 2020 studio recording of the title track, preceded by a previously unreleased brass prelude.

Also included is the Songs From The Shoreline suite, which was planned for the album’s original release in 2009. For this reissue, in 2020 the band completely rerecorded “Victorian Brickwork”, which segues into “Fat Billy Shouts Mine” (which has to date only been available on the Far Skies, Deep Time EP).

The final track on the second disc is “Brew And Burgh”, a newly composed song written by BBT founder and bassist Greg Spawton specifically as a companion piece for this reissue of the album. In addition, original album artist Jim Trainer has painted some new images for an expanded booklet.

“The Underfall Yard is where the story of the contemporary line-up of Big Big Train begins. For the reissue we asked BBT mixing engineer Rob Aubrey to open up the original sessions and to completely remix the album so that we could make a definitive version,” explains Greg Spawton. Rob had more time and a bigger budget to work with, plus the benefit of another decade of mixing experience. His new mix has significantly improved the sound and dynamic range of the album.”

“The Underfall Yard just missed out on the vinyl revival, so for some time we have been planning for a vinyl version of this reissue,” David Longdon adds. “We’re thrilled to have the album available on vinyl for the first time and so beautifully presented with Jim Trainer’s paintings.” 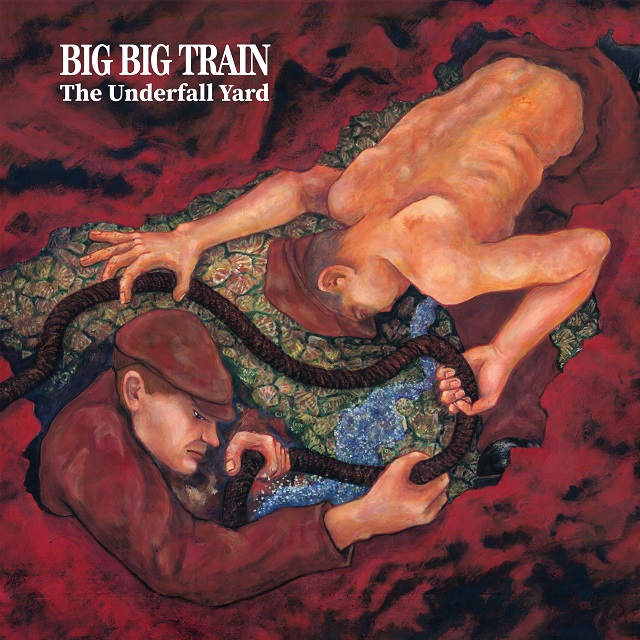