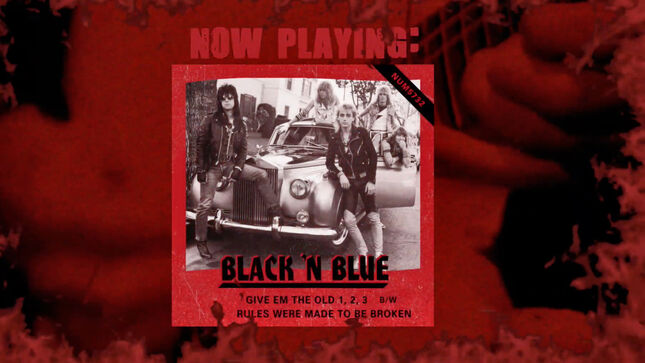 A previously unreleased Black ‘N Blue song, “Give Em The Old 1, 2, 3”, offers a new preview of the extensively researched, graphically-rich early ‘80s glam metal collection, Bound For Hell: On The Sunset Strip. The track can be heard via the visualizer below.

“’Give Em The Old 1, 2, 3’ is the very first song written and recorded by Black ‘N Blue in 1981, explains vocalist Jaime St. James. “This is also the year I went from drummer to singer. I’m looking forward to the release of this awesome box set as The Numero Group have done a great job with gathering killer, almost lost music from back in the day with fantastic packaging. Enjoy!”

Black ‘N Blue, originally from Portland, Ore., were influenced in part by the New Wave of British Heavy Metal, proving too heavy and too loud for Portland and leading to the band setting up camp in Los Angeles. In 1982, the band landed a coveted slot on Brian Slagel’s inaugural Metal Massacre comp alongside other newbies including Metallica, Ratt and Bitch. Signed by the legendary Geffen A&R man, Jeff Kalodner, the band released four major label albums between 1984 and 1988. Gene Simmons produced the band’s 1985 album, Nasty Nasty, and probably uncoincidentally, guitar player Tommy Thayer went on to replace Ace Frehley in KISS.

Bound For Hell: On The Sunset Strip features 21-songs, spread across 2LPs, a collection that transports listeners to the era of excess, with music critic and co-author of Louder Than Hell: The Definitive Oral History of Metal, Katherine Turman, providing the road map via a 144-page, full color book. Amidst those pages, the story of how the scene unfurled, and eventually imploded, is told via first-hand testimonials, show flyers, and hundreds of photos, which come from the lens of acclaimed rock photographer Kevin Estrada. Estrada also serves as co-producer of the boxset.

Artists featured include scene heavyweights Armored Saint, Black ‘N Blue and Lizzy Borden, alongside long lost tracks from Reddi Killowatt, Angeles, Max Havoc, SIN, and Romeo. Bound For Hell: On The Sunset Strip also pays particular attention to the female musicians who challenged the testosterone-laden world of the Strip, with entries and recollections from Lisa Baker, Jaded Lady, Leather Angel, Hellion, and Bitch. “We were not pop girls, we really loved the aggression and the passion of hard rock music,” explains Leather Angel and Jaded Lady’s Terry O’Leary. “As a band, and especially as an all-girl band, you know, we came to conquer.”

“The infamous Sunset Strip glam metal scene of the ‘80s is one that’s been covered excessively, and for a good reason. But usually, the analysis never goes too far past bands like Mötley Crüe, Poison, Quiet Riot, etc.,” explains Adam Luksetich, producer, and researcher behind the collection. “Our goal with Bound For Hell was to narrow in on the equally impressive independent or unsigned bands that thrived in that same scene but in most cases, never benefitted from the major label feeding frenzy. With a bounty of unseen photos, pages and pages of flyers, and detailed liner notes, these bands get more time in the spotlight.”

Pre-orders and digital pre-saves, for both Bound For Hell: On The Sunset Strip box set (2LPs and the accompanying book), as well as the Sheer Savage edition featuring a CD wallet with 12-panel, double-sided poster, without the book, and the streaming edition are available now, here. The Numero Group website will have an exclusive Poser Proof Die Hard color vinyl edition of the LP-based set, limited to 500 copies, which will include a bonus cassette featuring five additional tracks from Black ‘N Blue, Lisa Baker, Stormer, Odin and Leather Angel. 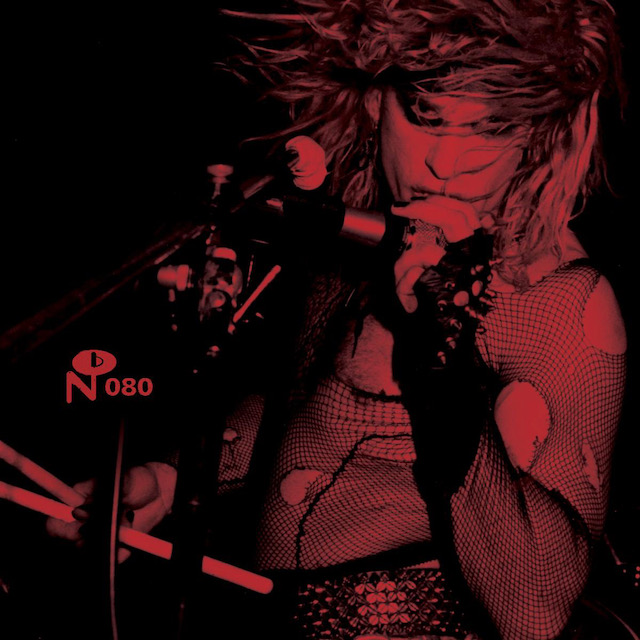 Bound For Hell: On The Sunset Strip tracklisting: