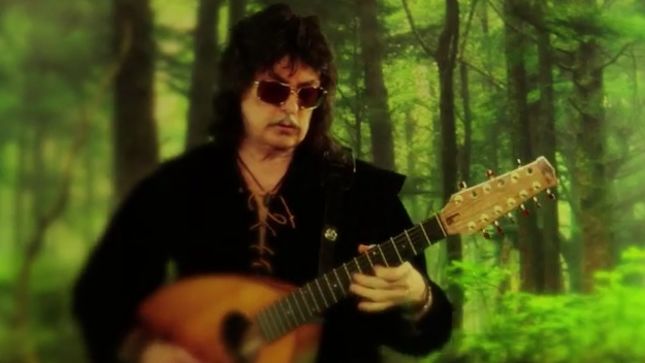 Due for release on September 18th is All Our Yesterdays, the 10th studio album from Blackmore’s Night, featuring legendary Deep Purple guitarist Ritchie Blackmore. Today the band debuts the title track as the first video:


All Our Yesterdays will be released on a variety of formats: CD, CD/DVD, 2LP, Box Set and Digital. Pre-orders for the CD, CD/DVD and Digital versions are available on Amazon.com and iTunes. 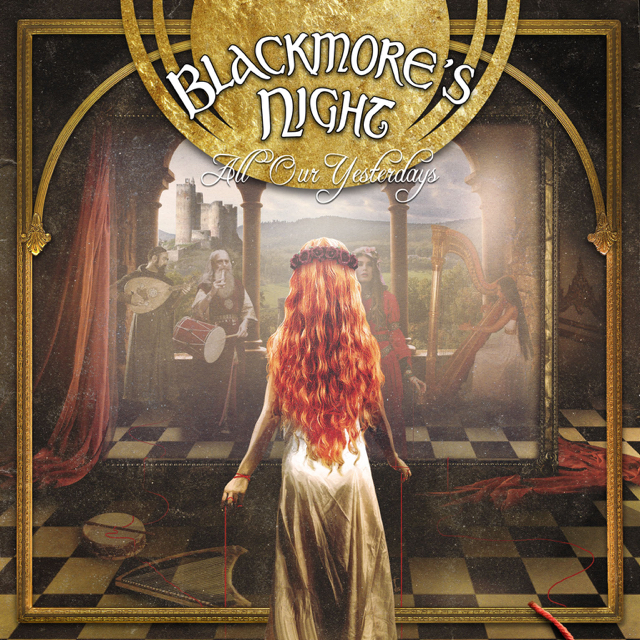 * CD/DVD Deluxe edition includes the full album plus a DVD with music videos for "All Our Yesterdays” and “Will O’ The Wisp,” plus an extensive interview with Ritchie Blackmore and Candice Night on the making of the new album.
* 2LP vinyl edition with a gatefold sleeve
* Box Set Limited Collector’s edition includes CD/DVD deluxe edition, 2LP, tshirt (L size only), poster, lithograph

Blackmore’s Night vocalist and multi-instrumentalist Candice Night says, “There’s a theme to All Our Yesterdays’ chosen songs that focuses on the attitude of living in the present, and looking toward the future, because we are, indeed, enriched by our past. My main theme and inspiration has always been nature and folklore from around the world.”

Candice Night and Ritchie Blackmore’s lives and creative journeys have taken them through different characters and songs from a variety of times in history. That is part of the attitude in the song "Where Are We Going from Here,” about a traveling minstrel’s journey through life and age.

The title track (and also the first single and video), “All Our Yesterdays” echoes the sounds of Candice’s Russian roots, while a new song written by Germany’s George Hesse is an old-style, fiddle-driven instrumental with the Welsh title “Allan yn y Fan” (meaning “Out There”). Ritchie’s heritage includes family from Wales.

The album also includes stunning instrumentals: the acoustic guitar piece, “Queen’s Lament” and the dramatic “The Darker Shade of Black” that spotlights violin and guitar. Elsewhere on the recording, “Earth Wind and Sky” is a delicate ode to nature. “The Other Side,” a latter-day folk dance joins two jigs that Candice sings: “Coming Home” and the supernatural-themed, “Will o’ The Wisp”.

All Our Yesterdays gets further inspiration from Candace and Ritchie’s home town, where they take part in community folk nights during which the neighbours share guitars and songs, and sing melodies that have come from a variety of times in their own history. That’s how they fell in love with songs of various radio formats of years gone by. The album includes  the Linda Ronstadt hit “Long Long Time” (penned by Gary White); the Mike Oldfield song, “Moonlight Shadow”, and an inspiring Maypole Dance treatment of Sonny & Cher’s “I Got You Babe”.

Blackmore’s Night is a true musical and spiritual collaboration between vocalist/multi-instrumentalist Candice Night and her husband, legendary guitarist Ritchie Blackmore. The two met in 1989 when Deep Purple challenged Candice’s then radio station to a charity soccer match.  In 1993 she sang on Rainbow’s Difficult To Cure tour. They co-wrote four songs for Rainbow’s Stranger In Us All and in 1997 they formed Blackmore’s Night; they continue to play Faire Festivals all over the world.

"The Other Side" track: