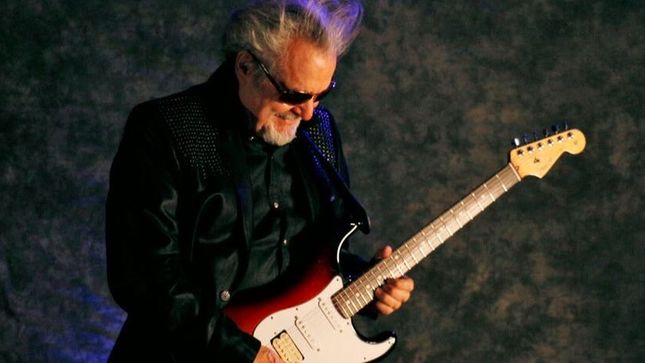 Blue Öyster Cult founding member, Joe Bouchard, will release his brand new solo album, Strange Legends, on July 31. In this new video, he discusses the cover of The Kinks' "All Day And All Of The Night":

Joe recently released his second single, “She’s A Legend”, from the forthcoming album Strange Legends, due out on July 31 though his and his brother’s (Albert Bouchard) new imprint RockHeart Records / Deko Entertainment (ADA/Warner Music Group).

Joe had this to say about the latest single and video, “'She’s A Legend' began when I got the lyrics from sci-fi writer John Shirley. John has dozens of books, screenplays in his catalog and often writes lyrics for the current Blue Öyster Cult. He has a great imagination and is not shy about using wild paranormal references in his writing. This song is about a notorious female serial killer who goes through a series of men, leaving them in the dust, so to speak. The last man standing falls for this exotic woman. Their love and lust is consummated but rather than ending up like so many others, she lets him go. In the end love conquers all, and the narrator lives to tell this strange tale. A strange legendary tale!”

Deko Entertainment President states, “Joe’s latest release, 'She’s A Legend', strikes up some of the legendary BOC harmonies. It grooves that way too, making sure those dedicated fans get a fun slice of the kind of songs that made them fans in the first place.”

Watch the video below, listen to the song here.