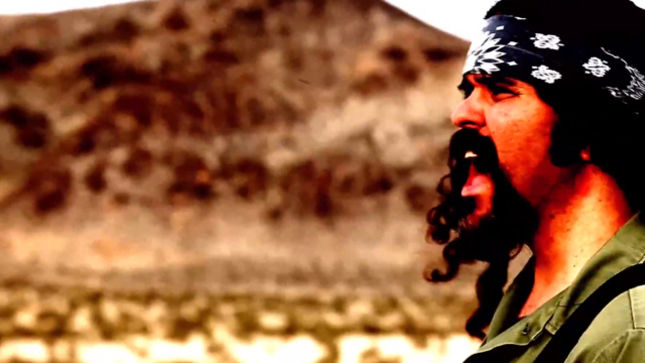 Brant Bjork And The Low Desert Punk Band released their new album, Black Flower Power, last November 17th via Napalm Records. The band have released a new music video for the song "Boogie Woogie On Your Brain". Check it out below:

No one can fool this man anymore: As a cult figure of the Palm Desert scene, as founder and drummer of the unfortunately no longer active stoner-rock legends Kyuss and a permanent member of Vista Chino (formerly Kyuss Lives!), the formation around Kyuss colleague John Garcia, Brant Bjork is washed with all (musical) waters. Now he is sailing under his own flag and proves once again that his multi-instrumental skills know no creative boundaries. With his excellent occupied Low Desert Punk Band, Bjork lets the scorching heat of Nevada shimmer in his songs. He also scrubs his guitar through all sorts of psychedelic effect pedals and skillfully mixes Stoner Rock, Blues and Doom-bonds to a feverish hazy brew. The Desert Rock Band has reached their oasis.

Brant Bjork has had quite an eventful career as a founder of record labels (El Camino and Duna Records) and world-renowned producer.  In addition to founding the record labels, playing, touring and recording, Brant also works as a producer and has worked with many amazing artists throughout the years including teaming up with LAB (featuring ex Bl'ast members), Fatso Jetson, Fu Manchu and re-uniting with Nick Oliveri in Mondo Generator.

“Controllers Destroyed”
“We Don’t Serve Their Kind”
“Stokely Up Now”
“Buddha Time (Everything Fine)”
“Soldier Of Love”
“Boogie Woogie On Your Brain”
“Ain’t No Runnin’”
“That’s A Fact, Jack”
“Hustler’s Blues”
“Where You From, Man”