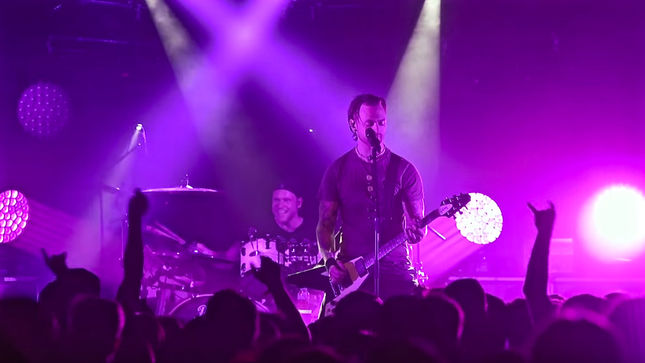 Bullet For My Valentine have announced that they will release a new single, “Don’t Need You”, next Monday, November 7th. A video for the song, directed by Ville Juurikkala (Nightwish, Amorphis) will be released soon.

Bullet For My Valentine recently signed a worldwide deal with Search And Destroy/Spinefarm Records (UMG).

With five studio albums under their belt - The Poison (2005), Scream Aim Fire (2008), Fever' (2010), Temper Temper (2013) and Venom (2015) - and more than 5 million record sales worldwide to their name, this award-winning quartet (formed in Wales in 1998) have been proudly riffin' their way around the globe since their teenage years. Inspired by heavy metal music's great and glorious (Metallica, Slayer, Iron Maiden), BFMV are universally revered as a colossal force to be reckoned with - stadium fillers, festival headliners... a new wave of rock royalty.

Most recent full-length studio offering, Venom, saw the band reuniting with producer Colin Richardson to create what is widely acknowledged - with fans and critics alike - as the most potent Bullet For My Valentine statement of intent thus far...

Since the release of The Poison (now certified gold), Bullet For My Valentine have notched up an impressive array of international facts 'n' stats: along with chart-topping success, these include Top 10 chart entries, #1 Rock Chart positions, arena tours, key spots at the biggest festivals around the world plus a plethora of awards.

Now, with Venom taking things to new heights plus a year of high-profile international touring ahead, Bullet For My Valentine have joined forces with Search and Destroy/Spinefarm Records in a new global deal.

Matt Tuck, commented: “We're very proud and excited to announce our signing to Search And Destroy / Spinefarm Records. It feels great to be part of a family that truly believes in the band and is ready to take us to the next level. It's been an incredible journey so far - but with the Search And Destroy / Spinefarm team behind us, it feels like we've just begun. Here's to the future."

Bullet For My Valentine recently released a video trailer for their upcoming UK dates with Killswitch Engage and Cane Hill. BFMV will perform their 2005 debut album, The Poison, in full on select dates (noted below).

* playing The Poison in full