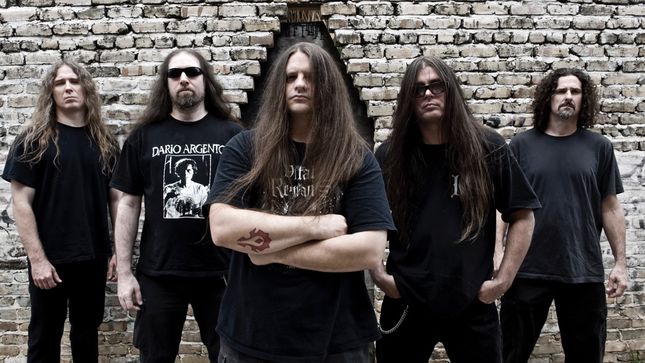 Cannibal Corpse guitarist Pat O'Brien, who was arrested last Monday, December 10th, and charged with "aggravated assault on a law enforcement officer with deadly weapon and burglary occupied dwelling with assault or battery", has been released from prison.

According to the Hillsborough County Sheriff’s Office, O'Brien was released on Friday, December 14th at 9:01 PM, after posting a $50,000 surety bond.

On December 10th at approximately 6:57 PM, Patrick O'Brien entered 4732 Windflower Cr, to which he did not have permission from the owner/victim, nor did he know any residents at the above listed address. The residents ordered the defendant to exit the home immediately, at which point Patrick O'Brien pushed one of the residents to the ground against her will and fled into the backyard. When a deputy arrived, Patrick O'Brien would not obey his lawful commands and ran towards the deputy with a knife in his right hand.

O'Brien was contained using a taser and was taken into custody. He is charged with Aggravated Assault on a Law Enforcement Officer with Deadly Weapon and Burglary Occupied Dwelling with Assault or Battery.

Says Deana: "As most of you are aware on December 10, 2018, Pat O’Brien’s house burned down. He lost everything he owns.

"Pat is a standup guy, true to his friends, family and his band. Also Pat does not have insurance, and lost everything that he owns. These funds will help him get back on his feet with the regular much-needed necessities like clothing, a roof over his head, and other daily life necessities that are needed.

"Understanding that money is tight for everybody, especially around the holidays but every amount does help. If it’s $1, $5 dollars, $20 or more. Every penny from this campaign will go directly to Pat.

"If you’re a metal fan and you’ve had the honor of meeting Pat at a show, or elsewhere when he’s out and about then you know how friendly he is, and approachable. He would never start a campaign for himself, but I know he would be absolutely humbled by the support shown.

"I asked that people not jump to conclusions until the full details of what occurred come out, and that you show Pat nothing but love and support and let him know that you’re there for him. Although the last 48 hours have been shocking to most people, they’ve been devastating to him.

"Please feel free to share your pictures, your words and show your support. The changing of your profile pictures on Facebook has been very inspirational. The metal community is a tight one whether you know somebody personally or not ans your support is so much appreciated."

Cannibal Corpse, as well as Lamb Of God and Amon Amarth, will support on Leg Five: North America of Slayer's Final World Tour. Dates are listed below. 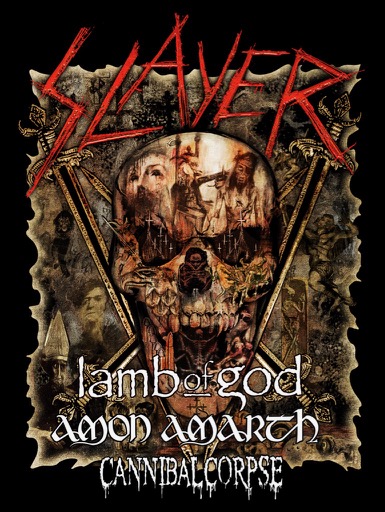