CHASTAIN Feat. LEATHER LEONE - Rare Live Video For "When The Battle's Over" Unearthed 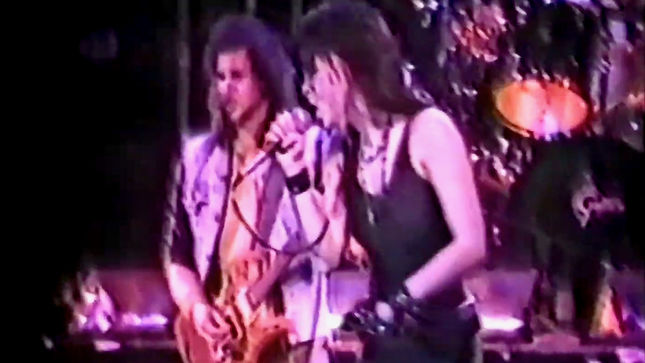 A message states: "Chastain featuring Leather (Leone) on vocals met up in Cincinnati, Ohio shortly after the release of their debut album, Mystery Of Illusion, for a concert at Bogart's. The band also consisted of David T. Chastain (Guitar), Russell Jinkens (Guitar), Mike Skimmerhorn (Bass) and Les Sharp (Drums) aka CJSS. While this was a fan video transferred from a beta tape we still consider it a rare find despite the lower quality video equipment of the time. Definitely metal history."