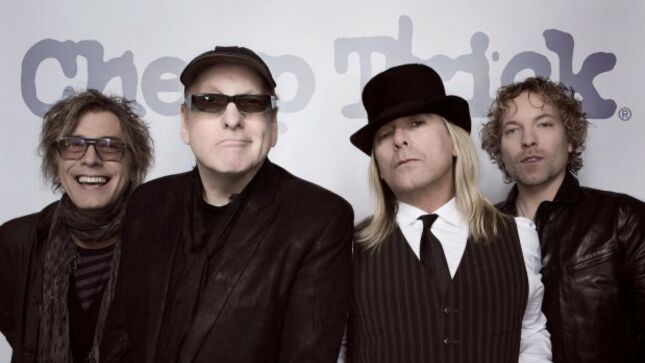 Rock icons Cheap Trick are teasing a new single via social media along with the following message:

"Our new single 'Light Up The Fire' is coming out on Thursday (January 28th). You can pre-save now here."

Appearing on AXS TV's "At Home And Social" back in November 2020, Cheap Trick frontman Robin Zander revealed the band had completed work on a new album, and they'd signed a new deal with BMG.

Zander: "We have an album that's already done and it's ready to go. It's been put on hold because of the virus. We're very excited about it. We signed a deal with BMG, and we'll see what happens. We've made a lot of records, and we just continue making records; for ourselves mostly, but also for our immediate fans that still cling to us."