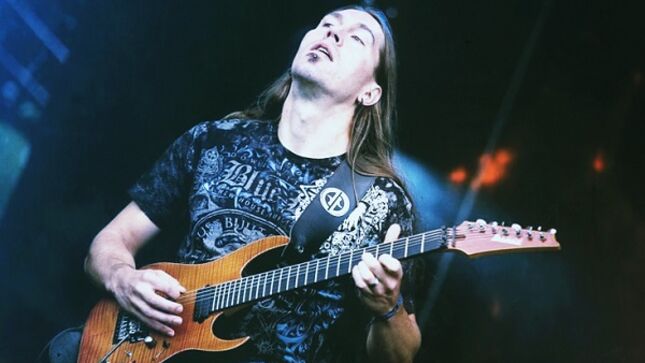 Melodic death/doom metal band Coldbound have revealed the identity of their official full time guitarist: Samuli Federley. He introduced himself via social media with the following message:

"I was born in 1981 in Helsinki, Finland. I started playing guitar at the age of 10. From an early age I was strongly interested in music so I also play piano and drums but guitar is considered as my main instrument.

The early days were spent with heavy practicing and learning everything about guitar and music. I studied several years in pop/jazz conservatory in Helsinki and finally entered the Stadia, Polytechnics in Helsinki from where I graduated as a guitar pedagogue.

I have played in several bands and worked also as a session musician. I've recorded guitars for over 10 albums to this day and one of them has received a gold record status in Finland. I've also released three solo albums and done demo videos and music for different companies. Besides these duties, I teach guitar in a local music institute.

In my music I combine various musical styles such as rock, metal, classical, electronica, pop and merge those into a unique ensemble. They are presented in a virtuosic and energetic manner that appeal to all kinds of listeners.

I mainly perform as a solo artist. I have toured for example in Finland, Sweden, Germany, Czech Republic, Korea, China and Romania. I have performed with such legends as Steve Vai and Michael Monroe."