COREY TAYLOR Talks Possible GUNS N' ROSES Reunion In Lazer 103.3 Interview - "I'd Love To See The Appetite For Destruction Line-Up; That Album Was My Generation's Back In Black" 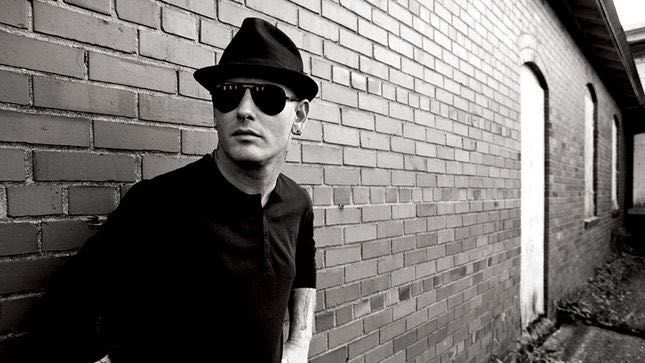 Taylor released a new book, You're Making Me Hate You: An Uncommon Guide To Common Sense, on June 30th on hardcover via Da Capo Press / Perseus Books Group. He recently spoke with Lou Brutus at HardDrive Radio about the inner workings of writing the book while juggling his band commitments:

A book description reads: In the tradition of the late great George Carlin, New York Times bestselling author and lead singer of Slipknot and Stone Sour Corey Taylor sounds off in hilarious fashion about the many vagaries of modern life that piss him off.

Whether it's people's rude behavior in restaurants and malls, the many indignities of air travel, eye-searingly terrible fashion choices, dangerously clueless drivers, and-most of all-the sorry state of much modern music, Taylor's humor and insight cover civil society's seeming decline-sparing no one along the way, least of all himself.

Holding nothing back and delivered in Taylor's inimitable voice, 'You're Making Me Hate You' is a cathartic critique of the strange world in which we find ourselves.

Taylor discusses the new book in Episode 591 of the Nerdist podcast. Listen here.