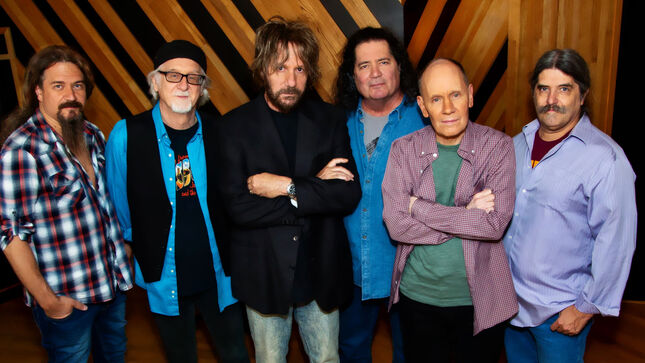 Fans can listen and purchase here, and videos for the first two singles (the title track and “Another Civil War”) can be seen below. 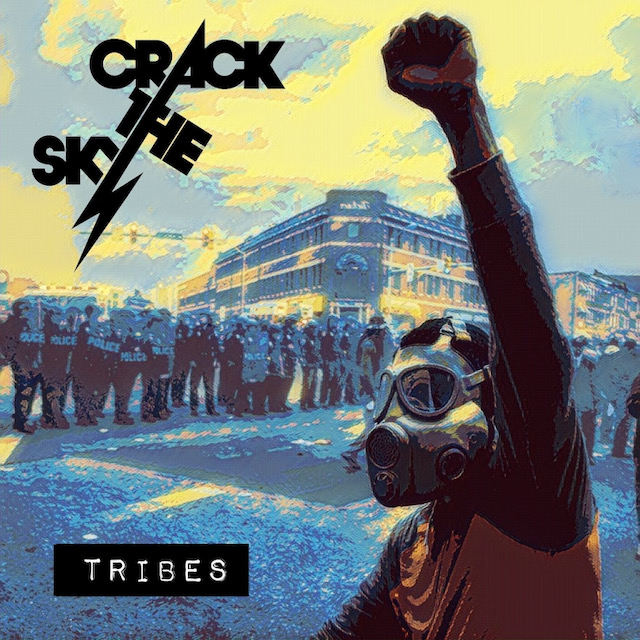 Last August, the band joined forces with their new label to make a number of their albums digitally available worldwide for the first time ever. Spanning 35 years (1983-2018), the 15 releases included World In Motion 1, The End, Raw, From The Greenhouse, Dog City, Cut, Live | Recher Theatre 6.19.99, Ghost, Dogs From Japan, The Sale, Machine, Ostrich, The Beauty of Nothing, Living In Reverse, and Crackology.

Though the Weirton, West Virginia-bred rock outfit respectfully celebrated the 45th anniversary of their critically acclaimed self-titled 1975 debut in 2020, Crack The Sky have no intention of gliding by on the past accomplishments of a deep-rooted career, but rather have their respective sights set on conquering the road that lies ahead.

To that end, Crack The Sky have poured their fervently beating hearts and razor-sharp creative souls into a fierce manifesto quite aptly titled Tribes, which was mainly recorded at Studio L in Weirton, West Virginia and produced, engineered, and mixed by guitarist Rick Witkowski and mastered by longtime band associate R. Lee Townsend at Real Time Studios in Maryland.

The 13 tracks that comprise Tribes signify what may very well be Crack The Sky’s finest hour on wax to date. Just witness the breadth of its contents, whether it be the drawn swords of the title track, the warning shots of unrest in “Another Civil War,” the grand irony that permeates “Another Beautiful Day,” the 9-minute protective cocoon that runs amok before returning to tranquility in “Quick,” the skittish out-of-place textures of “Stranger in a Strange Land,” or the horn-driven funky turn of “The Lost Boys,” for starters. Overall, Tribes encapsulates the tenor of our times with style and panache by blending the band’s signature Crack The Sky crunch with an intrinsic sense of melody in a way that has made the band diehard fan favorites for decades.

The band has multi-tiered goals for what they’d like their audience, both new and old alike, to experience after listening to Tribes. “What I’d like people to walk away with from the record is for them to go, ‘Gee, I’d love to hear that again!’” guitarist Rick Witkowski says with a laugh before adding, “I do like the fact that we don’t take sides. We’re presenting the current state of affairs. We are not saying we’re this, or we’re that. I would love people to come together to agree to disagree — but still love one another. It’s easy to love the ones who love you back. But it’s not easy when someone disagrees with you and doesn’t think like you. It’s hard to love them.”

Singer John Palumbo acknowledges that we all live in trying times indeed. “The world has changed,” he concludes. “People have some really intense emotions, but if music can knock some sense into some of them, that would be terrific. It’s an aftereffect I’d be very happy about. Is that a goal? Well, I guess, somewhere down in my brain, it must be, because I keep trying to do it.” Palumbo pauses before rephrasing the question. “What am I trying to achieve with Tribes? I want people to think. That’s it. I just want ’em to think. I also want them to be entertained, which is why we do this — but the entertainment part really comes from live performance. But, overall, I want people to think.”