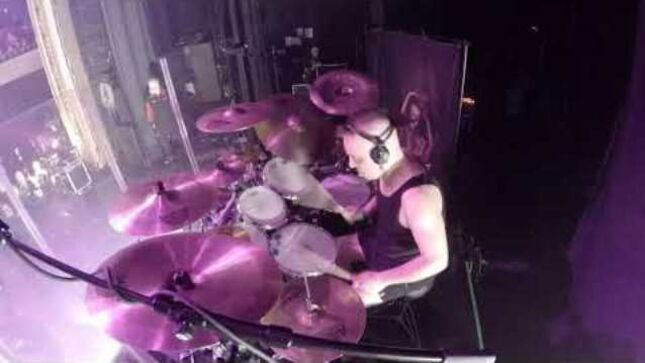 Cradle Of Filth drummer Martin "Marthus" Skaroupka has posted live drum cam video of "Beneath The Howling Stars" shot at an undisclosed show. Check it out below.

The song is taken from the band's third album, Cruelty And The Beast, released in 1998.

In the wake of Brexit, which saw the withdrawal of the United Kingdom from the European Union on January 31st, 2020, UK-based musicians are faced with increased costs for touring / work visas once the current global pandemic has been brought under control and live music is able to return. Cradle Of Filth have posted a bried message on social media:

"If you are a UK resident please sign this so that the music industry isn’t destroyed any further! Petition: Seek Europe-wide Visa-free work permit for Touring professionals and Artists: Parliament.uk/Petitions."

According to the page, British Parliament considers all petitions that get more than 100,000 signatures for a debate. At press time the petition had 222,286 signatures.