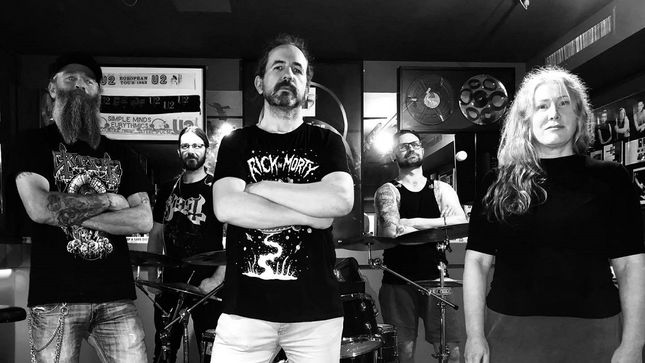 Folk metallers have issued new single, “The Hawthorn”, the first single from their upcoming album.

2020 has been a tumultuous time for band leader Ketih Fay: "A number of long-term members have chosen to leave the band, but it is a time rebirth for the band and it can only be a positive thing."

Alongside the new band members, Cruachan have also signed a new record deal with forward-thinking Swedish label Despotz Records. Despite the upheaval behind the scenes, one thing has never faltered; and that is Keith’s passion for folk and metal music, and Cruachan’s unique way of bringing the two together.

A track steeped in Irish folklore, “The Hawthorn” is set in Ireland during the 1700's when the population were heavily under the influence of the Catholic Church while still holding onto old Pagan beliefs. It balances the band’s love of Irish traditional folk music with uncompromising metal, a style of music the band helped develop back in the early 1990’s.

Fay comments, “The Hawthorn tree is a fairy tree, you will see them all over Ireland growing in strange unlikely places where other trees would have been cut down. It is extremely unlucky to cut down a hawthorn tree else you anger the Faerie folk. In the song, the woman is taking her dead baby to bury under the tree, to give her baby to the faeries. We don't know how the baby died or what has led to this decision but she is set in her ways and the baby will not have a Christian burial.”