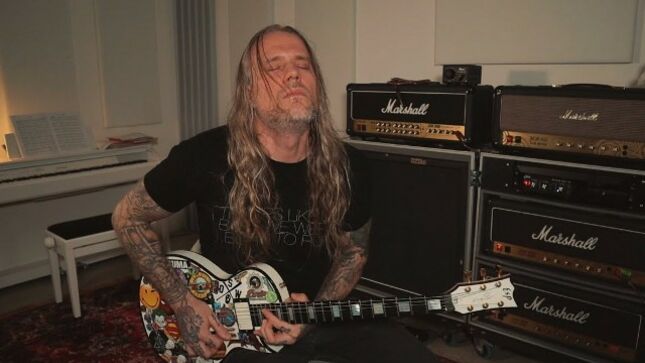 Cyhra / Red Wolf guitarist Euge Valovirta has recorded an instrumental piece called "A Song For An Absent Friend", which can be streamed below. It was posted shortly after the news broke that Children Of Bodom frontman Alexi Laiho had passed away.

Valovirta spoke with BraveWords about composing the piece:

"It’s for Alexi, but also for all the late friends. And to my Grandpa, who passed away some time ago. This song actually got its start after my Grandpa’s passing and I came back to it now ‘cos I felt that I had to 'play my feelings out' somehow. So I finished the song and then filmed myself playing the lead guitar and just played from my heart.

I can’t really explain it but playing guitar always makes me feel better no matter what is going on.

Alexi and I weren’t the closest friends but every time we met we always had such a great time. Whether it was playing on each of other’s albums, doing guitar clinics or playing occasional live shows or just hanging out. He was one the most caring, humble and nicest guys I’ve ever met and it feels so unfair that he isn’t with us anymore."