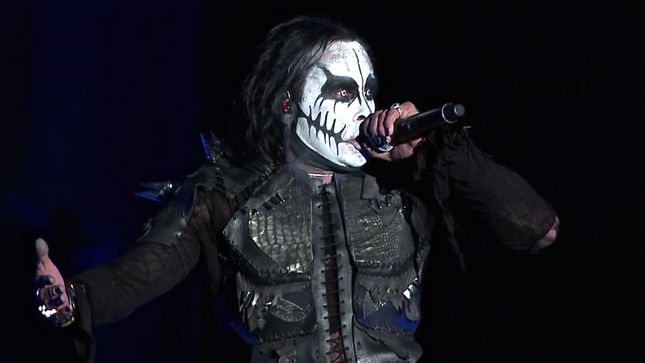 UK metallers Cradle Of Filth have been in Brno, Czech Republic working on the follow-up to 2015's Hammer Of The Witches album, which could have a Victorian horror theme.

Leader Dani Filth tells TeamRock: "I'm looking at something based on Victorian horror. We've already written about 50% of material, but we're collating all our ideas. We've got a big pool of riffs.

"I often wait until the others have done their parts. I've made the mistake of writing stuff which then dictates the way that the songs have to go for everybody else – or you get into the studio and we've got way too much material and we've spread ourselves too thinly. So we're hoping to have the majority of the album written, and then I'll be locked away in my garret composing lyrics between now and December, when I go on tour with Devilment."

The new Cradle Of Filth album is expected to be released in September 2017. Stay tuned for updates.

Dani Filth will be voicing the character of Balaur - Vampire Lord Supreme for the upcoming movie of the hit comic book series, Realm Of The Damned. Coming soon on Blu-ray and DVD from 3 Wolves. Watch the trailer below.