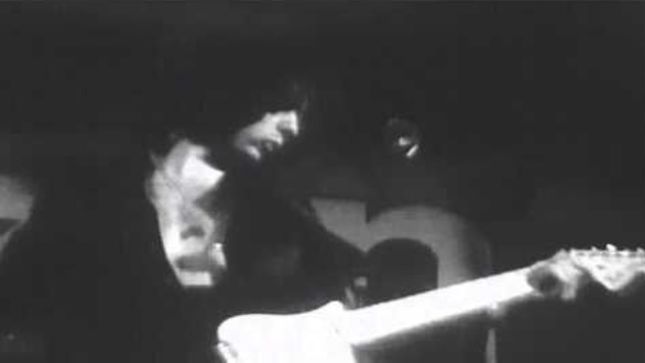 The clip below features Deep Purple performing live in Belgium on August 22nd, 1969 at the Bilzen Jazz Festival. The band performed on the second day, Pop And Beat, of the four day festival. This 25-minute edit of Purple's performance on 16mm film was recorded by Belgian TV.

Interestingly, being one of the first recordings of the then new Mark 2 line up of the band, the recording includes only instrumentals and instrumental passages - "Wring That Neck", "Paint It Black" and "Mandrake Root".

Deep Purple will release their 21st studio album, Whoosh! on August 7th via earMusic. Whoosh! will be available as a Standard CD, a Digital Album, a Limited Edition CD+DVD Mediabook (including the 1 hour feature “Roger Glover And Bob Ezrin In Conversation” and, for the first time, the full live performance at Hellfest 2017 video), and a Vinyl 2LP+DVD edition (earMUSIC). Pre-order here.