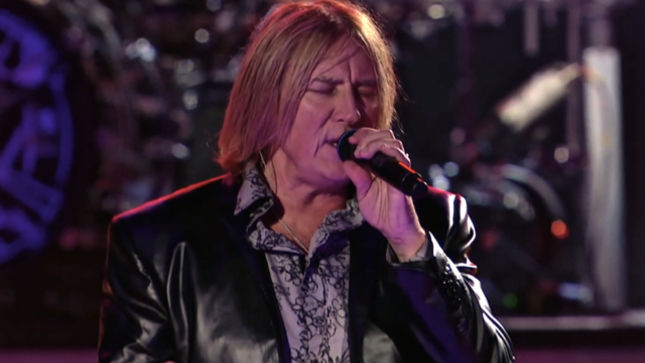 Having recently cancelled 10 shows on their recent North American tour due to singer Joe Elliott's vocal problems, Def Leppard will be back on the road this spring. The band will make up the postponed shows in May, then continue with a planned North American tour in June.

Elliott and the group had to put the shows off to ensure the singer's long-term health. Guitarist Vivian Campbell tells Billboard: "A doctor stuck a camera down his throat the day we postponed the last show (February 2nd in San Antonio) and told him that if he didn't stop singing he'd have no career left. That's the bad news. The good news is that same doctor is equally confident that he does not need surgery of any sort. He just needs rest for a couple months. He should be fine."

Read the full story at Billboard.

Def Leppard’s next scheduled date is at the Moonstone Music Festival 2016, taking place from April 30th - May 1st in Orlando, Flordia. Stay tuned for the band’s updated tour schedule, to be announced soon.