DESTRUCTION Frontman SCHMIER Talks New Guitarist DAMIR ESKIC - "We Wanted To Have A Second Guitarist For Playing Live, But Also For The New Album" 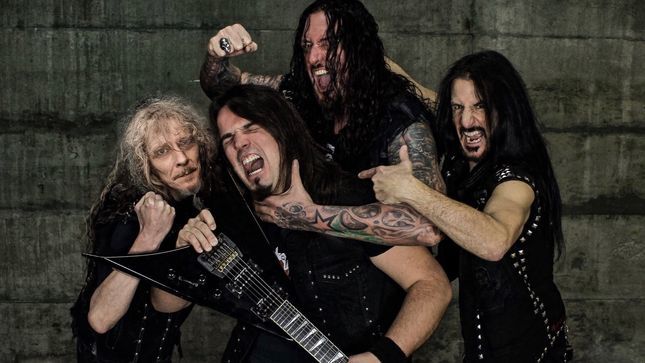 Schmier: "Every new member brings a little bit of a new style, a new direction he plays, but all in all, for Destruction it's important that they fit into the Destruction style. Now we have found a very fresh new line-up which we can hopefully make another 10, 15, 20 years of music. And for us, it was important to make a little change in the routine. We wanted to have a second guitarist for live, but also for the new album."

"YES WE ARE A FOUR PIECE AGAIN! This might be a little surprise too many of you. We proudly hell-come Damir Eskic as our new lead guitarist alongside original guitar slinger Mike.

"Damir is a Swiss guitar player with Bosnian decent and works as a guitar teacher, himself being a former pupil of Tommy Vetterli (Coroner). He also plays in a heavy metal band called Gomorra and already contributed three solos on our 2016 album, Under Attack.

"We are currently working on our upcoming studio album, which will be released in August 2019 via Nuclear Blast. The new songs were written and are already recorded with two guitars. More information about the new records will follow very soon. Please stay tuned!

"We have prepared a short video clip, in which we properly introduce our new member."

Frontman Schmier comments: "Yes - we finally did it again! For many years we’ve been talking about this but we needed the RIGHT guy! Damir Eskic is now that dude! He is a super-skilled player and also a good friend of the band. He will surely make some jaws drop and pay tribute to the history of Destruction, as he is also a fan of our music!

"To be a trio, was a special thing for us, that we did with pride for many years but also Destruction had a period where we were a four piece with a second guitar. Now it was the RIGHT time to get that option back! We know there are many fans out there that have been waiting a long time for this.

"We have composed and recorded the whole new album with two guitars and of course this will make us an even more intense live act and give us the chance to play songs again that we’ve not been able to play for many years… exciting times ahead! Let's call this a reinvention!

"With Randy Black on the drums and Damir Eskic on the lead guitar, we have the fresh blood in the band that is sometimes needed to reach new goals, it will keep the THRASHMACHINE strong and ready for new adventures! See you all on the road soon - the new record is coming in August via Nuclear Blast!" 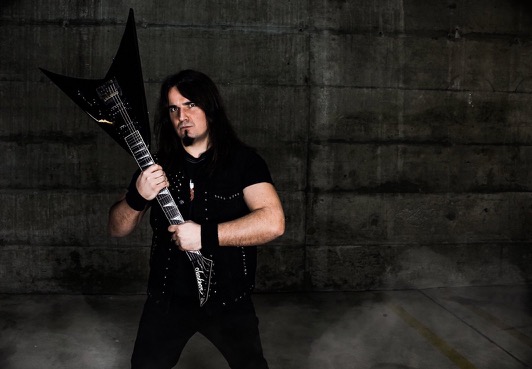 Damir adds: "I am of course very happy to be a part of this Thrash Metal family and to join one of the best bands of the genre. To record three guest solos on the Under Attack album was already a big deal for me, now some years later, we’ve become close friends and I am really excited to be a part of this! I am looking forward to meeting the fans all over the globe and to thrash the stage with the boys!"

Damir will debut with Destruction on the upcoming Killfest tour in Europe.