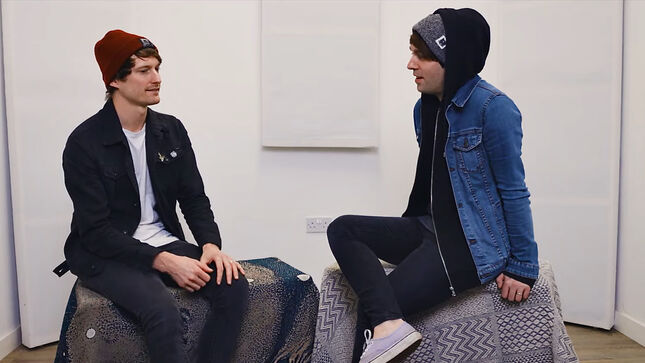 Devil Sold His Soul will release their fourth studio album, Loss, via Nuclear Blast Records on April 9. The album will be available in various formats. Pre-order here.

Singer Paul Green on the new album: "We're incredibly excited to announce the release of our 4th album, Loss, through Nuclear Blast Records. Loss comes from a dark place for us, life was cruel in the years before and during we wrote this record, this was our fuel for the songs. Loss is an honest snapshot of that time in our lives, and it is our way of paying respect to those we loved and who are no longer with us. We couldn't be more proud of these 10 songs and where they have pushed our songwriting, and we hope they truly connect with the listener. I don't think any of us imagined when we were writing this album, that we would end up signing to the biggest metal label in the world. It's given us that added validation that we've created something special, and we now have the platform to push it to where it needs to be.The belief that the team at Nuclear Blast has shown in the record is truly humbling, we're extremely proud to be a part of this great label, and to be on a roster alongside so many bands we love and respect."

Devil Sold His Soul begin a new chapter in their highly-acclaimed career, signing to metal heavyweights Nuclear Blast Records. 2021 will see the band release their fourth studio album Loss, their first with the dual vocal attack of Ed Gibbs and Paul Green.

Devil Sold His Soul burst onto the UK underground metal and hardcore scene in 2004 growing a cult following from their first record, Darkness Prevails EP released through Visible Noise in 2005. Their debut album, A Fragile Hope, saw the band take their position as one of the most respected underground bands in the UK with their visceral and captivating live shows. Devil Sold His Soul’s sophomore album, Blessed And Cursed, elevated their sound and audience to new heights.

With Ed Gibbs departing the band early in the year, 2013 saw the first new material featuring singer Paul Green with single "Time", followed by 2014’s Belong Betray EP and 2016’s The Reckoning. After welcoming Gibbs back to sing on the 2017 A Fragile Hope anniversary tour, the band asked Gibbs to continue the dual vocals with Green for the remaining festivals and tours that year, with the lineup then becoming a permanent fixture.

2018 saw the band travel beyond Europe with their first touring in Asia, they also began to put the foundations down on what would become their new record Loss. Written about the struggles faced in recent years, Loss’treads familiar ground and explores exciting new territories for Devil Sold His Soul, including for the first time the dual vocals of Gibbs and Green on record. Recorded, engineered and mixed by guitarist Jonny Renshaw at his UK based Bandit Studios, Devil Sold His Soul have poured heart and sincerity into every atom of this their fourth album, with song writing elevated to new levels.

Devil Sold His Soul is: